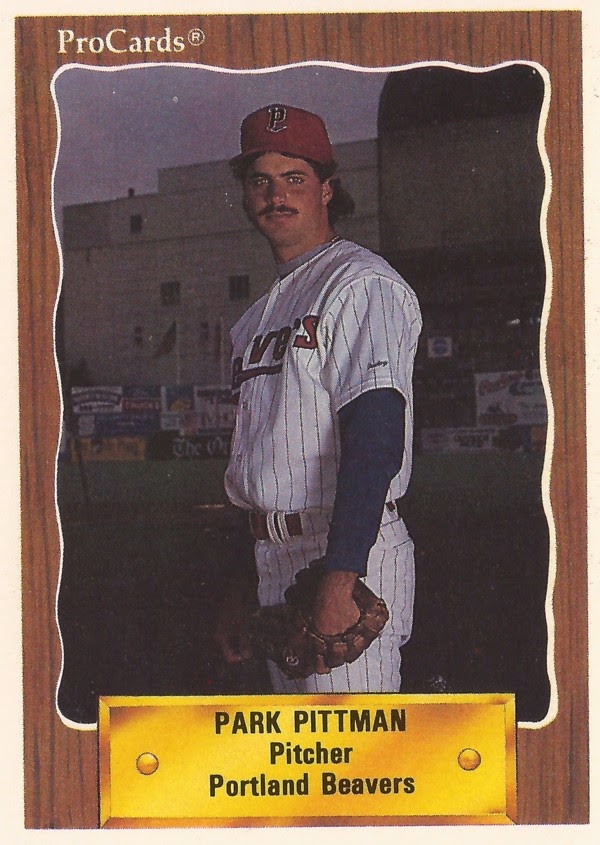 Going into 1990, Park Pittman looked for a chance to make the Twins in 1990, if only he could get that chance.

That spring was the year of the baseball lockout and Pittman knew there wasn't going to be much time for him to do what he needed to do to make the Twins.

"I really don't think they're going to save innings for me in spring training. They need them for guys like Rick Aguilera and Gary Wayne," Pittman told The Associated Press that March. "I probably won't get to show my stuff the way I wanted to. I'll probably start the season in Portland."

Pittman did start the season in Portland. And, whatever chance he would have had that spring, he never got again. His fifth season in professional baseball was 1990, it was also his last. The next spring, he heard a "pop" in his pitching arm.

Pittman's career began in 1986, selected by the Twins in the fourth round out of Ohio State. He played that season at rookie league Elizabethton, going 3-1 with a 2.45 ERA in eight appearances.

Pittman started off with Orlando, going six innings and giving up one hit, according to The Orlando Sentinel.

"It's exactly the kind of opener we wanted from him," Orlando Manager Duane Gustavson told The Sentinel. "He was a good kind of wild. Their hitters never got a read on him. He threw hard and had great command of his breaking ball."

Late that July, Pittman, with a record of 6-6, didn't give up no hits through six innings and picked up a victory. Pittman told The Sentinel he felt he was back on track after struggling for a stretch.

Going into 1990, Pittman was looked at as a possibility for the Twins' closer job. Sent to AAA Portland, Pittman closed out six games, but he also had an ERA of 6.99. He didn't make Minnesota.

By late February 1991, Pittman was told by the Twins to rest, The Sentinel wrote. He'd heard a "pop" in his pitching arm. Whether that was the cause or not, he didn't pitch professionally again.