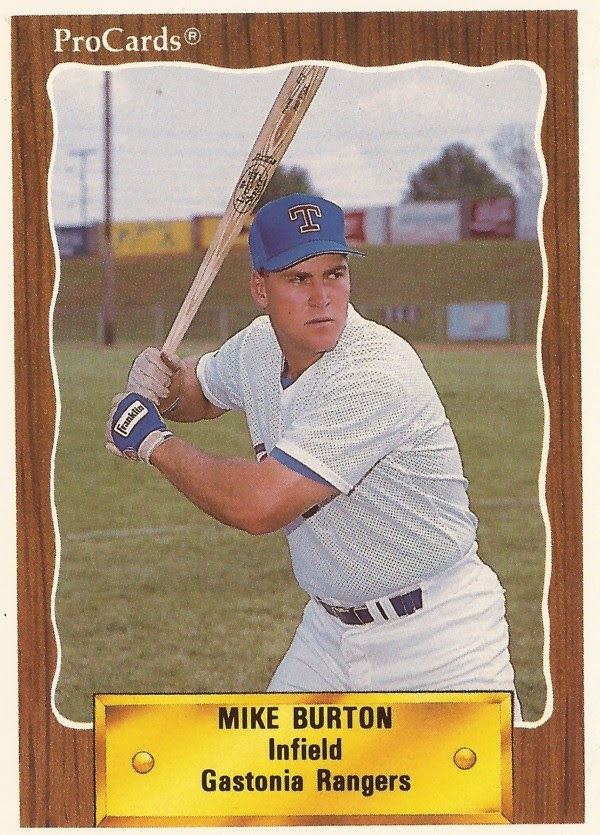 "I used to work here part time and played only three or four times a year," Burton told GolfFlorida in 2003. "Once I started playing regularly, I went from an 18 handicap to a 4. I got some people to help me understand how to transfer what I knew about the baseball swing to golf. Now I love teaching."

Burton turned to gold full time after a playing career that lasted seven seasons, but one where he never saw AAA. He also turned to golf after a brief coaching career, spent in the place he last played, independent Sioux Falls.

Burton's baseball career began in 1989, taken by the Rangers in the 17th round of the draft out of Fresno State.

In 1988, Burton helped Fresno State to the College World Series with two home runs in a regional contest win. He also hit a two-run shot in the first game in Omaha, but it wasn't enough for the win.

For 1991, the infielder moved to AA Tulsa. He hit .241 with seven home runs there. He returned to Tulsa for just 20 games in 1992. He played the remainder of the season at high-A Port Charlotte.

In July 1992, Burton knocked a grand slam in a game to cap a Port Charlotte win. He had a total of seven RBI on the day. He went 2 for 4 in another July game and a two-run double in an August win. It was his final year with the Rangers.

He served his final year as a player-coach, getting a mention with the team in the Congressional Record. Burton also served as team manager in 1998 and 1999.