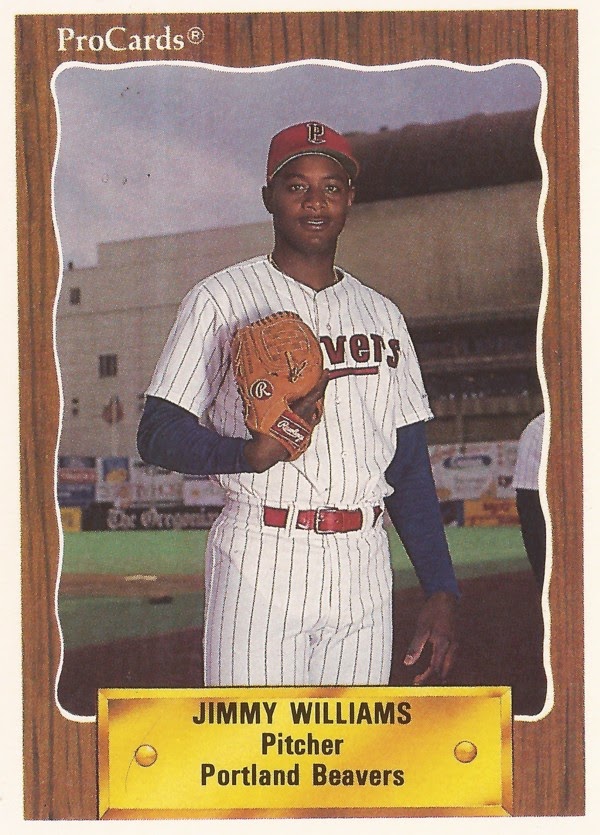 Jimmy Williams was all set to go to the University of Alabama, The Newport News Daily Press wrote years later.

Then the Dodgers came calling, taking him in the 10th round, offering a $28,000 signing bonus, which Williams accepted, The Daily Press wrote.

"Growing up, we never had a lot of money," Williams told The Daily Press. "The scout who signed me said, `You won't be in the minors for long. You'll be in the majors in three years.' Guess he lied."

Williams spoke to The Daily Press 12 years after he signed. He had yet to make the majors. And, in a career that saw time in 18 professional seasons, he never would.

Williams' professional career began back in 1984, when he accepted that offer from the Dodgers.

Williams started that year in rookie ball, making single-A Vero Beach in 1986. After moving to the Twins system for 1987, Williams first made AA in 1989, at Orlando.

The longtime reliever turned starter for 1991, moving to the Giants system at AAA Phoenix. He went 7-9 in 28 starts.

After going through the Cubs and Expos systems, Williams arrived with the Mets for 1995. He went 11-4 at AAA Norfolk before moving late-season to the Orioles and Rochester.

Williams is credited as playing in Japan in 1997, then one more season in affiliated ball in 1998. Williams, though, continued playing in independent ball into 2003.

In 2002, he continued playing, to honor his mother, who passed away the year before.

"My mother always said," Williams told The Camden Courier-Post in May 2002, "'You have a God-given talent, you have to use it to its fullest.' I'm here because I want to play, and more so, my mother wants me to play.''

Williams played his last games as a pro in 2003, in Mexico, ending his 18-season professional career.