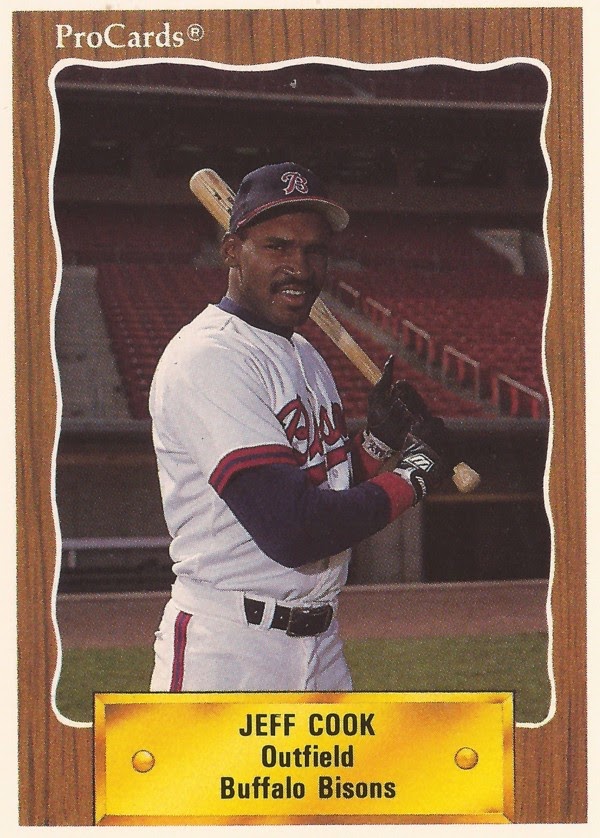 It wasn't only Jeff Cook's effort that put that ball over the fence in 1998, he also had Amarillo teammate Pat Koerner to thank.

"To hit one like that, I have to swing as hard as I can," Cook told The Amarillo Globe-News after that August game. "I have to give P.K. (Koerner) his props. He kissed my bat before I hit it."

Home runs were, indeed, difficult to comeby for Cook - one game in 1986 the notable exception. Cook was credited with a total of eight, over his nine-season professional career. He also never got above AAA.

Cook's professional career began in 1985, selected by the Pirates in the 10th round of the draft. Cook played that season with the Pirates' rookie Gulf Coast League team, hitting .263 and one of his eight career home runs.

The next year, at single-A Prince William, Cook's average hit .301. He also stole 43 bases, and hit two home runs. Those two home runs were the notable exception in Cook's home run total. He hit them on the same night. He also hit them, one from each side of the plate, according to The Pittsburgh Press.

Cook isn't credited with playing from 1991 to 1995. But, in 1996, Cook returned, playing at independent Adirondack. He moved to independent Amarillo for 1997, returning there for his final campaign in 1998. During his two years at Amarillo, Cook hit just that one home run.