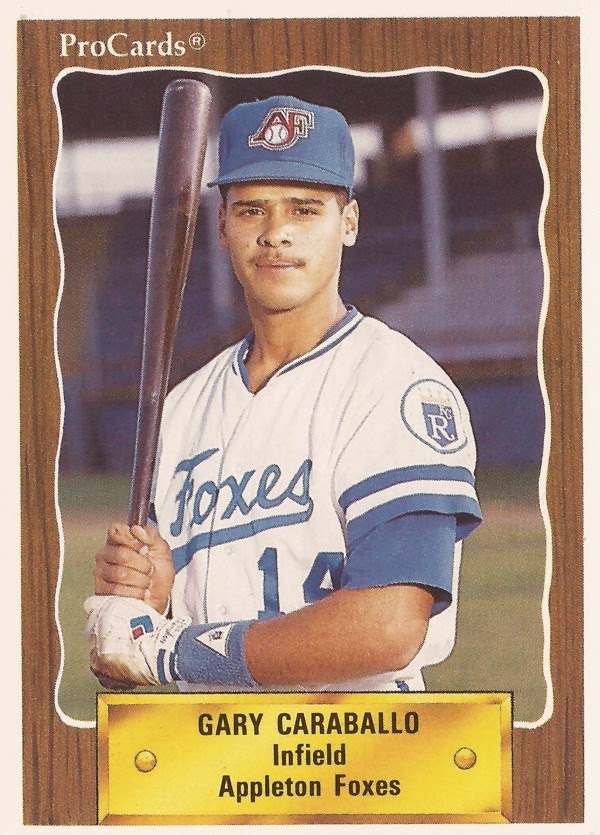 Gary Caraballo had a good game this night in April 1996.

"I'm just going out and trying to do my job," Caraballo told The Courant afterward. "I just want to go up there relaxed and swinging the bat. If they make the mistake, why not take the hit?"

He then got is eyesight back, thanks to treatment provided by the Baseball Assistance Team.

Caraballo's career began in 1989, taken by the Royals in the 12th round of the draft out of Luis Munoz Marin High School in Puerto Rico.

Caraballo then played an abbreviated 1993 season for high-A Wilmington. He returned to Memphis for a full season in 1994. He hit .247 that year.

He moved to the Twins system for 1995, playing at high-A Fort Myers. He also got time in Mexico at Monterrey. For 1996, Caraballo moved to Hardware City. He hit .240 in 85 games. He hit seven home runs, one in a July game. It was his final season as a pro.

Then, in 2004, Caraballo lost his eyesight. He couldn't see his daughters grow up, he told MLB.com. He then contacted the Baseball Assistance Team, which helps former players. The group got Caraballo to Miami and got him treatment, restoring his sight.