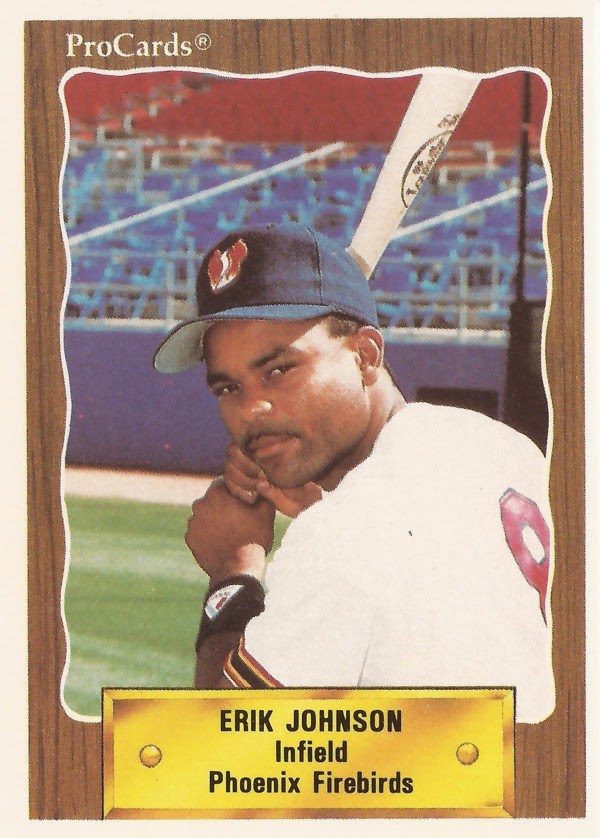 Erik Johnson played a decade as a professional, making the majors twice with the Giants.

When that career was done, Johnson went in a new direction, but he stayed involved in the game. He became a youth instructor.

"The greatest influence I can have is how I communicate with the kids," Johnson told The Contra Costa Times in 2008. "It's more than being a coach. It's being a mentor."

Johnson's involvement in the pro ranks began in 1987, taken by the Giants in the 18th round of the draft out of the University of California Santa Barbara.

With UCSB, Johnson hit a home run in a May 1986 regional win.

Johnson started with the Giants in 1987, playing between rookie Pocatello and AA Shreveport. He hit .264 in 43 games a Pocatello. He knocked in a run on a single in a June game.

He briefly made Phoenix for 1990, playing the rest of the year back at Shreveport. He split time between the two levels again in 1991, then left Shreveport behind.

Johnson played all of 1992 at Phoenix, then started 1993 there. That July, he made San Francisco.

Johnson debuted for the Giants July 8. He got into four games, had five plate appearances and two hits. He spent the rest of the year at Phoenix.

He returned to the Giants for five more games in 1994, getting two hits in 13 at bats. That was the extent of his major league career.

Johnson played two more years in the minors, 1995 with Pittsburgh at AAA Calgary and 1996 with the Marlins at AAA Charlotte, ending his career.