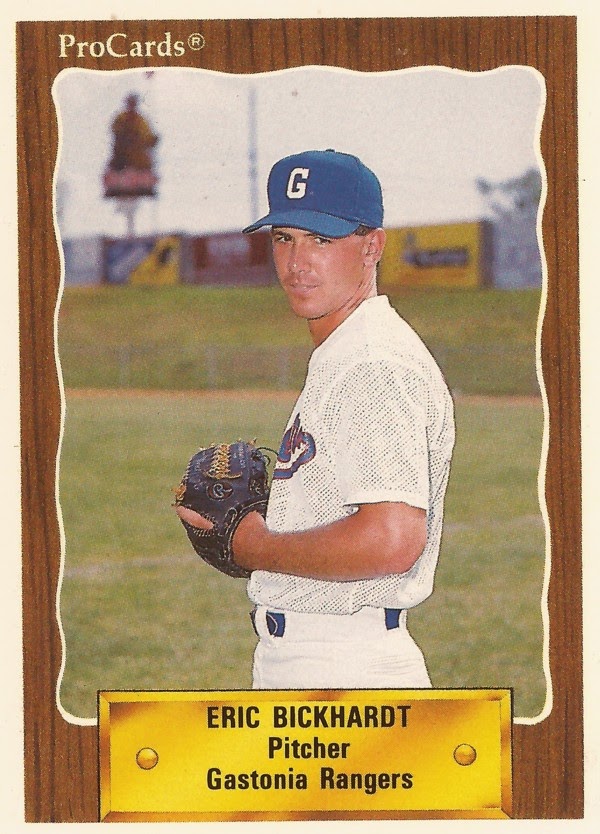 Charlotte Ranger Eric Bickhardt's task on this day in July 1991 was a little different, but no less intimidating.

His task, according to The Sarasota Herald-Tribune, was to get kids interested in reading.

"Even if you're not playing baseball,"Bickhardt told the kids at the local library, according to The Herald-Tribune, "it's still great to read about."

Bickhardt's career began in 1989, taken by the Rangers in the 45th round of the draft out of St. Joseph's University.

At St. Joseph's, Bickhardt pitched four seasons. He got 28 starts, 213.1 innings pitched, 126 strikeouts and 15 complete games, according to SJUHawks.com. He also, years later, made the school's Hall of Fame.

In his final season, though, he was 3-4, with a 5.15 ERA, according to The Philadelphia Inquirer. But the Rangers took him anyway.

"We just liked his makeup and competitiveness," Rangers area scout Dick Coury told The Inquirer. "We're not always signing players because of their numbers. This kid knows how to pitch. With the proper instruction, he might be able to improve."

For 1991, Bickhardt arrived at high-A Charlotte. In 54 outings, he went 5-5, with a 3.56 ERA. In April, Bickhardt and the Charlotte starter gave up a combined two hits.