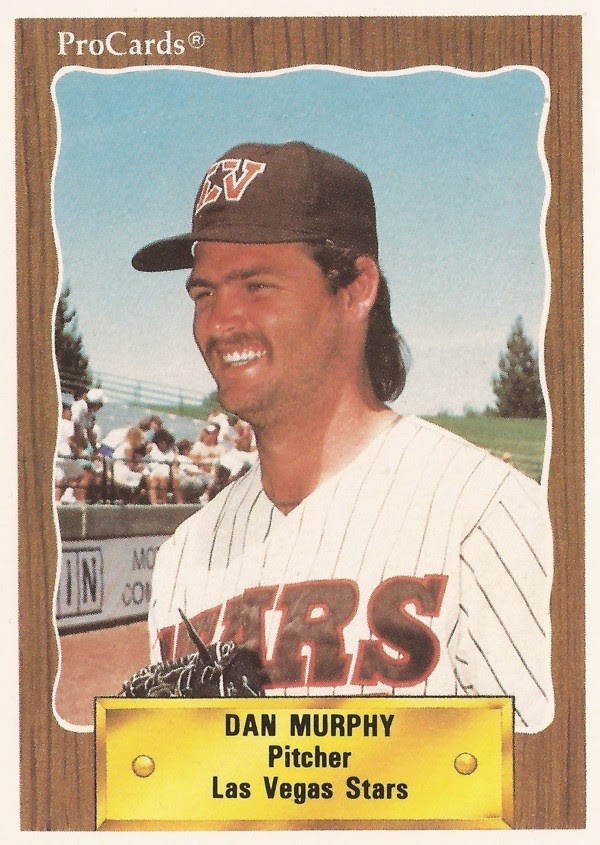 Dan Murphy had been out of baseball for four years, but he could still pitch, at least in replacement ball.

Murphy was attempting to revive a career that began more than a decade earlier and a career that saw one brief stint in the majors.

Murphy was signed in 1983 by the Brewers as an amateur free agent. He played that year at rookie league Paintsville and single-A Beloit, posting a 3.84 ERA between them.

In 1985, Murphy played with single-A Stockton, going 9-7 with a 3.95 ERA. Baseball America also named him one of the three top pitching prospects in the California League, according to The Ottawa Citizen.

He made El Paso in 1986, starting 18 games and going 9-2. That spring, Murphy was counted among the Brewers' top prospects, according to The Milwaukee Journal. He even made the Brewers' 40-man roster.

Murphy was seen as a hard-thrower, but also a couple years from the majors, The Journal wrote.

In 1987, Murphy was invited to spring training with the Brewers, a year he would be sent back to El Paso. In one early March game, he didn't impress. He gave up four runs in the seventh inning of a game the Brewers would come back and win.

Murphy didn't make AAA until 1989, after the Brewers sent him to the Padres in a trade. It was with the Padres that Murphy made the majors. He got his call-up in early August. He had gone 6-9 with a 4.20 ERA at Las Vegas.

Murphy pitched in seven games for the Padres, all in relief. His ERA topped 5.68 in 6.1 innings of work. He gave up a home run to Darryl Strawberry Aug. 16. In a Sept. 14 game, Murphy faced three batters and gave up three runs, The Los Angeles Times wrote.

Murphy came back for spring training in 1990 and was expected to compete for a spot in the San Diego bullpen, The Times wrote. But he didn't make the team, chased from a late March game by the Angels. He also suffered from an injured shoulder.

Sent to Las Vegas, Murphy pitched in 27 games, with an ERA of 5.81. He wouldn't make it back to San Diego or to the majors. He played two games the next year with the Rangers' AAA team in Oklahoma City and was done.

He returned for spring 1995 and saw one game at Oakland's AAA team, but then was done for good.