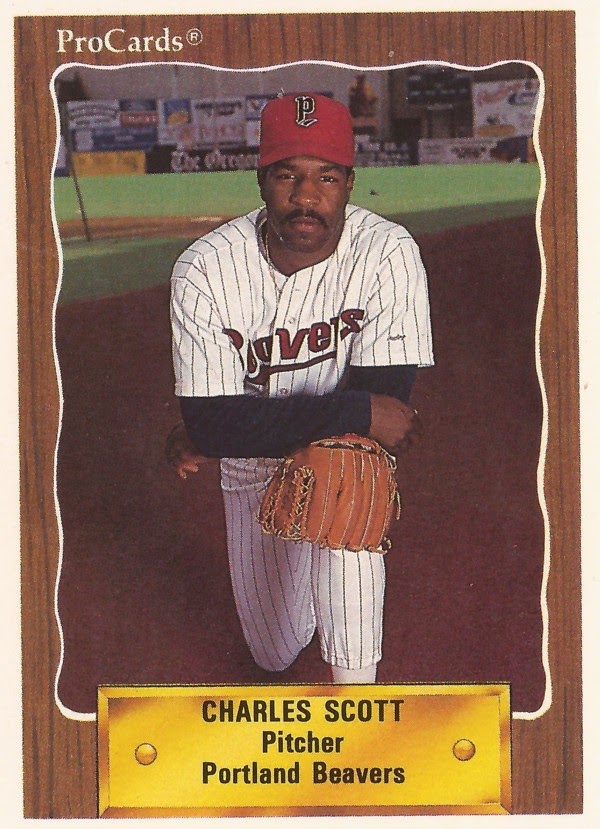 When California high school pitcher Rick Hughes had a breakout senior season, it was Charles Scott whom he attributed that success to, according to The Marin Independent Journal.

Hughes began working with Scott, who helped the young pitcher with his mechanics, including his delivery and balance, The Independent Journal wrote.

"(Scott has) helped me with my mechanics and helped me throw a lot harder and where to throw the ball in certain situations," Hughes told The Independent Journal in April 2008. Scott had been working with the youth for six months, helping get Hughes noticed.

Scott spoke from experience, spending eight years in pro ball, but never making the majors. Scott was taken by the Indians in the sixth round of the 1985 draft. He had pitched his college ball at Arizona State, high school ball at California's Terra Linda High, the same school that Hughes was attending.

Scott, sometimes referred to as Charlie Scott, began his minor league career at short-season Batavia. He made AA Williamsport in 1987, AAA Colorado Springs in 1988. At AA Canton in August 1989, Scott struck out seven in a 4-3 victory. But he never broke through. He spent parts of five seasons in AAA.

The Indians let him go to the Twins in 1990, playing with AAA Portland that year and the next. He opened 1991 with six-innings of one-run ball for a win. He ended in 1992 with the Mariners' AAA team in Calgary.

At Arizona State, Scott not only played with Barry Bonds, he was Bonds' roommate, according to the Journal. Regarding Bonds, Scott said in June 2008 Bonds' numbers spoke for themselves. Bonds should still be playing then, but he understood that Bonds' just didn't fit into clubhouses.

In a June 2008 Q&A session with The Marin Independent Journal, Scott said it was his time at Arizona State playing with Bonds that parents and asked him most about.

"Parents will say, 'Look. He was Barry Bonds' roommate,'" Scott told The Independent Journal. "That gets their attention, not to mention that I'm 6-foot-5, 235 pounds and black. That also tends to open the eyes a little bit when they drive up."