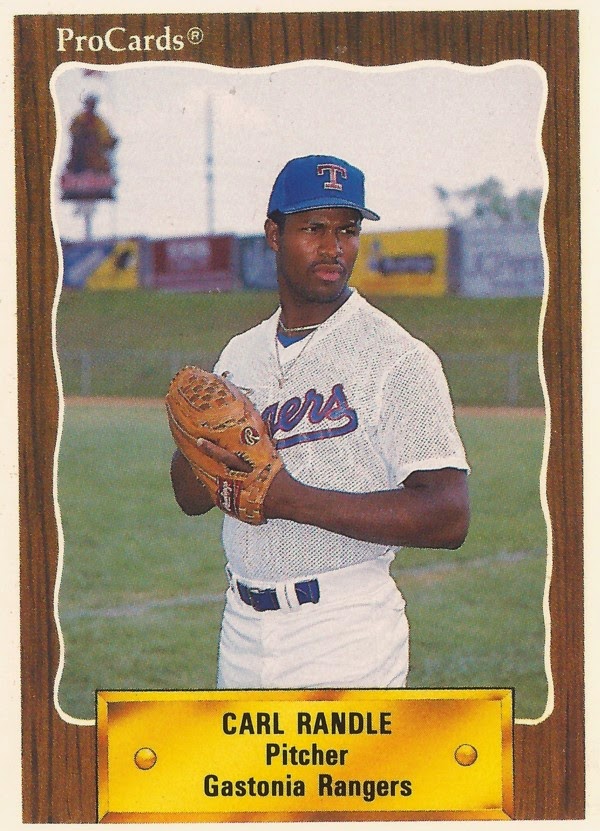 Carl Randle didn't have a particularly great season at single-A Gastonia in 1990, but on one night, he was stellar.

On this night, May 19, Randle faced Greensboro. He threw a no-hitter.

Randle's career began in 1988, taken by the Rangers in the 17th round of the draft out of Huston-Tillotson College in Texas.

He split 1989 between the rookie Gulf Coast League and single-A Gastonia. Between the two levels, he went 6-4, with a 2.32 ERA. In late-May, Randle went two innings of relief, giving up a single hit and no runs.