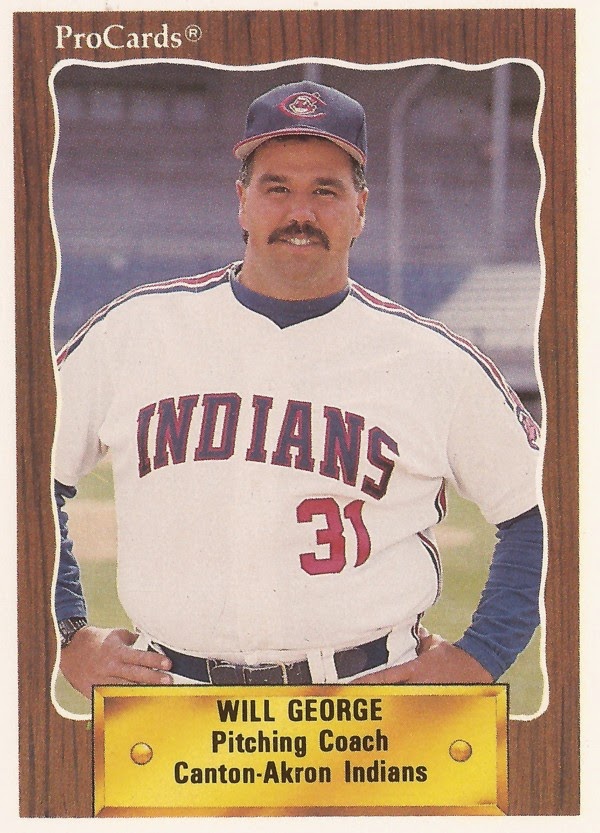 Marlins scout Will George saw enough in Quilvio Veras in 1994 to make sure Veras was a Marlin in 1995, according to the Knight-Ridder Newspapers.

Veras was a Marlin in 1995, Florida sending the Mets Carl Everett in return. Veras also stole 56 bases that year to top the majors and came in third in the Rookie of the Year balloting.

George used his experience as both a player and a coach to scout for the Marlins that year. George spent seven seasons as a player and several as a coach. He never made the majors himself.

George's career began in 1977, taken by the Orioles in the seventh round of the draft out of Pennsauken High School in New Jersey.

After spending another season at AA, George returned to an independent Miami for 1982. He picked up a seven-inning win in May, striking out six.

He returned to Miami for 1983. He also got time at single-A Salem with the Padres, ending his playing career.

George then went on to his coaching and scouting career. He served as pitching coach at short-season Newark in 1986,  then single-A Hagerstown in 1987 and short-season Erie in 1988. He also scouted for the Orioles in 1988.

He moved to the Indians system in 1989, coaching at single-A Kinston. In 1990, he served as pitching coach at AA Canton-Akron.