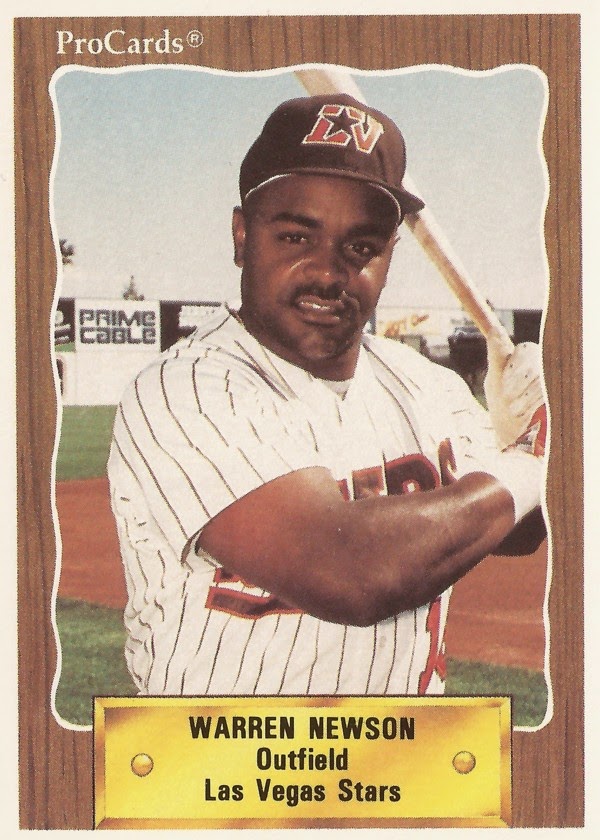 In his fifth season with time in the majors, Warren Newson found himself being dealt to the Mariners from the White Sox.

He'd spent his first four-plus seasons on Chicago's South Side, appearing in 274 big league games in that time. Newson just wanted to appear in more.

"It's kind of tough," Newson told The Chicago Tribune after the trade. "This was the first team that brought me to the big leagues. Kind of mixed emotions, but as long as you're still in the major leagues, that's all that matters to me."

Newson's career began in 1986, taken by the Padres in the fourth round, out of the University of Georgia.

Newson played that first year at short-season Spokane. He made AA Wichita in 1989, then AAA Las Vegas in 1990. For 1991, Newson was traded for the first time, to the White Sox.

He also soon made his major league debut, doing so in May. He ended up getting into 71 games that year, hitting .295. Late in the year, Newson provided the game-winning single in the 10th.

"It's been fun," Newson told The Tribune after that win. "I've a had a little success. I just hope I can keep up the work I've been doing."

He got one hit in five at bats in the ALCS. That hit was a home run in a White Sox loss. Newson's wife and baby daughter were there to see it. It was all the more meaningful because his wife was still recovering from a bad April car accident, The New York Times wrote.

"Before the game, I knew they were going to be here," Newson told The Times. "I was glad they got to see me hit it."

Newson finished out his major league career in 1998, with 10 final games. Newson's playing career, though, didn't end until 2003, playing much of his remaining time in Mexico.