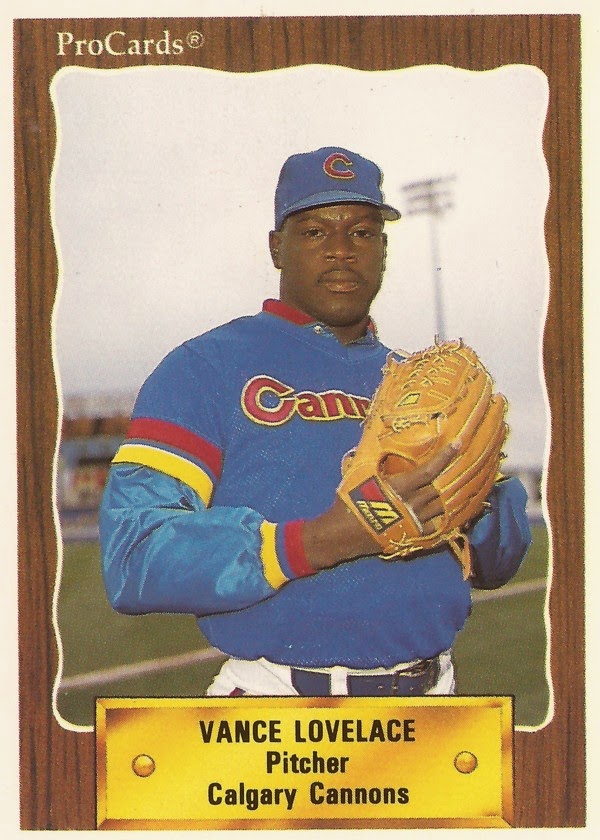 Vance Lovelace had endured some setbacks, he admitted to The Palm Beach Post in 1985. But he was ready to overcome them.

"I'm not a quitter," Lovelace told The Post,  When I clear these obstacles, I'll do good for myself."

Lovelace wasn't a quitter. And he did make the majors. The hurler ultimately got into three major league seasons, getting into nine total games.

And, while he made it to the majors, he could hardly make it past comparisons to the careers of two of his teammates at Hillsborough High School in Tampa, fellow pitchers Floyd Youmans and Dwight Gooden.

Lovelace's playing career began in 1981, taken by the Cubs in the first round of the draft, taken directly out of high school.

He played that first year with the Cubs rookie Gulf Coast League team, then the next year at single-A Quad Cities.

Lovelace's stay in the Cubs system, though was limited to those two seasons. For 1983, Lovelace was sent to the Dodgers with another minor leaguer for Ron Cey.

"Our scouts report that Lovelace has all the tools to be a major league pitcher," Dodger VP Al Campanis told The Associated Press after the trade. "He has a great arm and he's a big, strong youngster."

After one more season in the Dodgers organization, Lovelace moved to the Angels system, taken in the minor league draft.

Lovelace first made AAA in 1988 at Edmonton. In September, Lovelace got his call to the majors. He got into three games, 1.1 innings, giving up two runs.

Lovelace came back for one game with the Angels in 1989 then five final games with the Mariners in 1990. Overall, Lovelace got into nine games in his major league career, 4.2 innings. He gave up three earned runs.

Lovelace continued playing affiliated ball in the minors through 1994, going through the Tigers, Braves and Rangers systems. He's last recorded as playing in 1998, at independent New Jersey.

Lovelace has gone on to a career as a scout, rising to the level of special assistant to the general manager with the Dodgers in 2006.

"I'm not playing anymore, but I'm valued for my mind," Lovelace told MLB.com in February 2011. "I manage people. I was thinking that 40 or 50 years ago, that never would have happened to someone like me. My mother was a Brooklyn Dodgers fan. It's pretty neat being in her favorite organization, where Branch Rickey first embraced Jackie, the organization that took the first chance with a black player and has taken a chance with me."