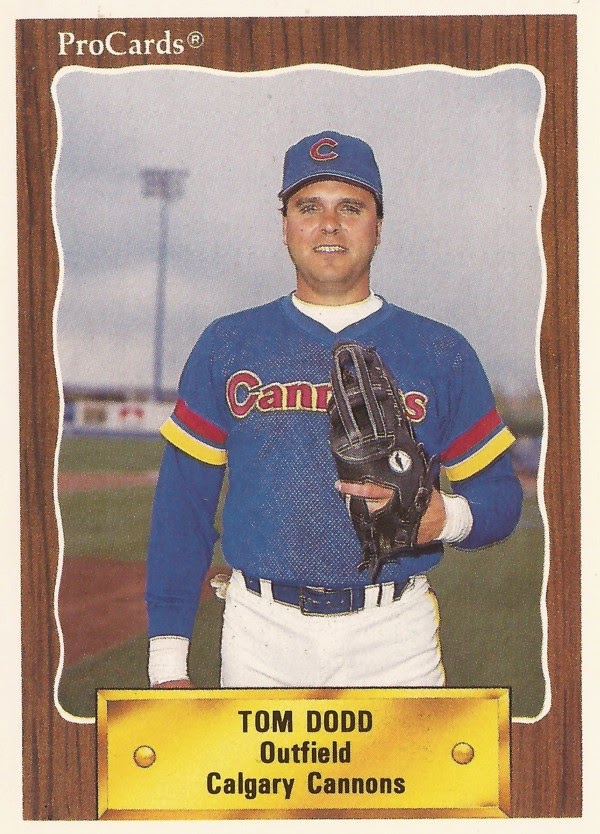 To The Eugene Register-Guard in 1991, Tom Dodd looked back on his career, the year after it ended.

It was a career that spanned 11 professional seasons, but one that got him to the majors in just one - eight games played with the Orioles in 1986.

"I feel I was a success," Dodd told The Register-Guard that June. "I'm disappointed I didn't get more time in the majors, because I thought I deserved it, but that doesn't leave a bad taste about the whole game."

For Dodd, his game as a professional began in 1980, taken by the Yankees in the first round of the January draft, out of the University of Oregon. At Oregon, Dodd once, in March 1979, knocked in seven runs in a game on two home runs.

With the Yankees, Dodd played his first two seasons at single-A, at Fort Lauderdale and Greensboro. He hit .253 his first year and .271 his second.

By the next May, though, Dodd was released by the Yankees. He soon signed with the White Sox, playing that year and the next at AA. In 1985, Dodd signed with the team that would bring him to the majors, the Orioles.

Dodd played much of 1986 at AA Charlotte, getting a brief 17-game look at AAA Rochester. That July, though, he also got a brief 8-game look at major-league Baltimore. He debuted July 26.

In 16 plate appearances, 13 official at bats, Dodd picked up three hits, one of them a home run. The home run came off a Jimmy Key 3-2 slider, Dodd recalled to The Register-Guard in 1989.

"It was only about my eighth at-bat, and I figured if you hit a home run every eight at-bats, you're doing pretty well," Dodd told The Register-Guard. "I thought I was there to stay."

He ended up staying until Aug. 6. He also didn't return.

"I think I was capable of playing in the major leagues, and everybody I've talked to said the same thing, Dodd told The Baltimore Sun in 1991. "As far as feeling any remorse or bitter feelings, I have none."