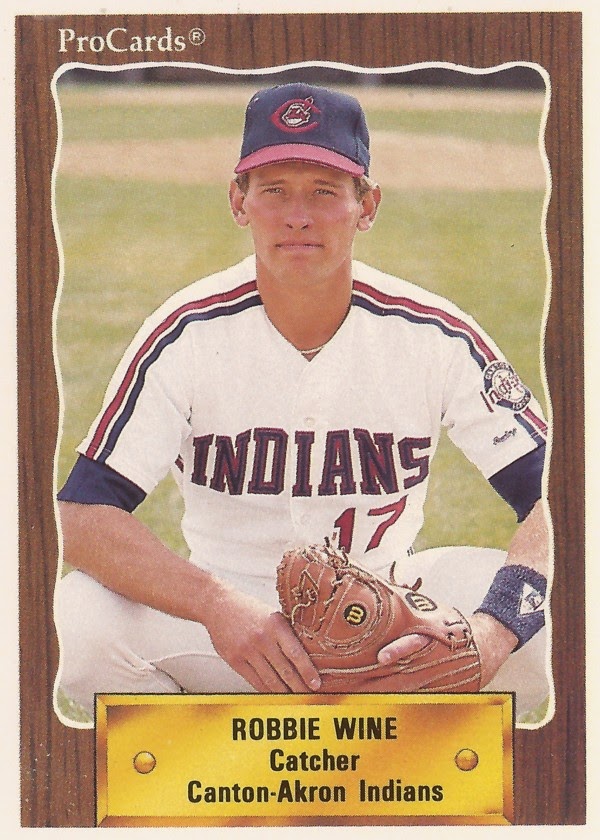 Robbie Wine ended up getting a full game's worth of action in this September 1986 game for the Astros and he wasn't even put in until the 10th inning.

This was also his major league debut.

"I didn't have time to think and get nervous or tired," Wine told The Norristown Times Herald years later. "I just played and had a good game."

Wine's game's worth of action came as the game didn't end until the next day, and the 18th inning. While that game seemingly never ended, Wine's major league career ended comparatively quickly. Wine saw action in a total of only 23 games played that year and the next.

His playing career over, Wine has gone on to a long career as a coach, including nine seasons spent as head coach at Penn State University.

Wine's career began in 1983, taken by the Astros in the first round, eighth overall, out of Oklahoma State University.

At Oklahoma State, Wine played well enough to earn The Sporting News' Player of the Year honors, along with First Team All-America.

Called up that September in 1986, Wine went 1 for 3 in his debut. His first major league hit came in the 13th inning. The first base runner he caught stealing came the inning before, Ryne Sandberg.

In nine games with the Astros that September, Wine picked up three hits in 12 at bats. He returned for 14 more major league games the next season, getting three more hits but in 29 at bats.

Wine followed his father, Bobby Wine, to the majors. His father played 12 seasons in the bigs.

"Growing up watching my dad and being around those big leaguers all those years, I dreamed and believed I'd play in the big leagues," Robbie Wine told The Wilmington Star-News in 2005, "and I was lucky enough to get there."

Wine's final big league game came Oct. 3, 1987. He played three more professional seasons, but he never returned to the majors. He played those final three seasons with five different organizations. His final time came in 1990 with the Indians at AA Canton-Akron.

Wine then started his coaching career. He served as a coach for single-A Miami in 1991. From 1993 to 1996, he spent with the Brewers as a coach and instructor.

He returned to Oklahoma State in 1997 as assistant coach, staying there through 2004. For 2005, he moved to Penn State, taking the head coaching job.

In April 2012, Wine watched as one of his pitchers, Steven Hill, threw a no-hitter.

"When you are in the game, you don't really think about it," Wine told GoPSUSports.com afterward. "And still it really hasn't sunk in yet. But for Steve Hill to go out there and do that for the team in such a crucial game, it's huge. For the season it means a lot and for him he'll remember that forever. It's just a fun event and once again, it reinforces why you coach."