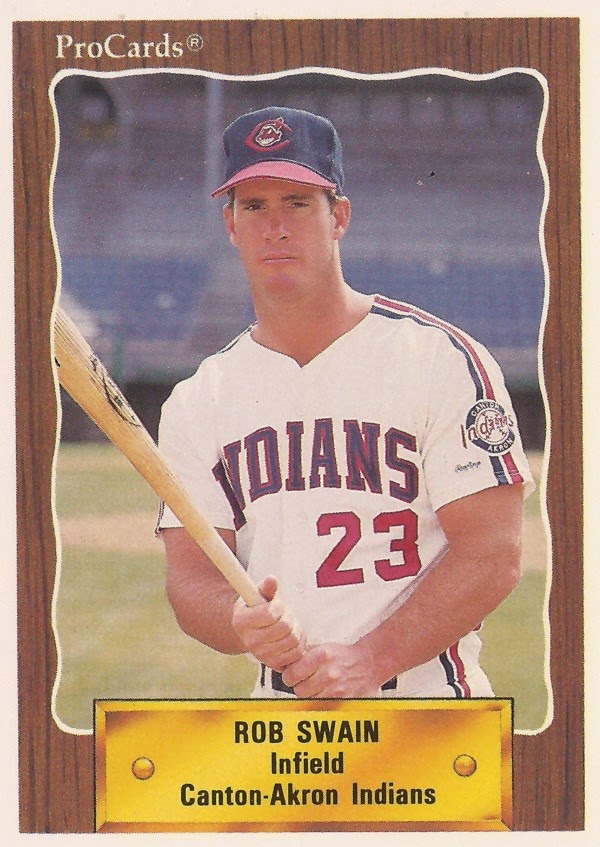 Rob Swain got into this summer collegiate league game in Kansas in 1982 and he played well.

Swain went 3 for 3, scoring twice and knocking in six as his Dodge City team went on to a 17-9 win, The Hutchinson News wrote.

"When we came to state, it was the first time I ever played on this field," Swain told The News. "In fact, I hadn't been playing very much at all, but ... I got my chance."

Swain ended up getting his chances in college ball and in the pros. He never got his chance at the majors. Swain played six seasons as a pro, briefly making AAA, but never making it higher.

Swain's pro career began in 1985, taken by the Indians in the 21st round of the draft out of Texas A&M University. He went to Texas A&M out of Yavapai College in Arizona.

At Yavapai, Swain hit a two-run home run in a February 1983 game. He then doubled in two runs in an April 1983 contest. That May, as Swain and Yavapai geared up for the state tournament, the team suffered some losses. Swain, though, tried to put a positive spin on them.

"We know that we can be beat by the people in the playoffs so we have to do everything fundamentally correct," Swain told The Prescott Courier.

After playing two seasons at Texas A&M, Swain signed with the Indians. He started at short-season Batavia, hitting .206 in 65 games. He made single-A Waterloo in 1986,  then made AA Williamsport for 35 games in 1987.

One of those games at Williamsport was the infamous "potato game," were a Swain teammate snuck a potato onto the field and used it to fake out a runner. The play involved Swain missing the thrown ball/potato at third. The stunt got the player who threw the potato released.