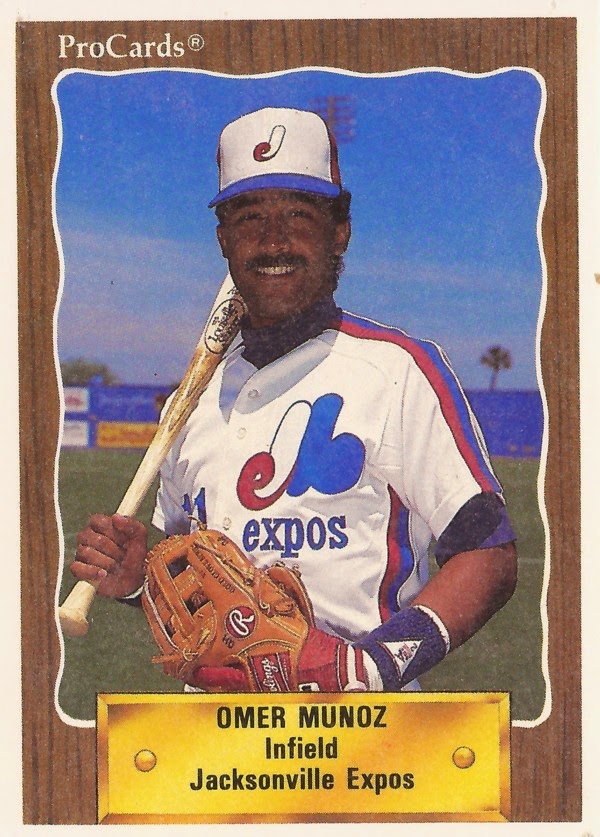 Omer Munoz looked at this spring as an opportunity, he told The Associated Press.

In nine professional seasons, Munoz had made AAA in three years, but he'd never taken that last step. In spring 1995, in replacement ball, Munoz hoped he would finally do just that, make the bigs.

"I've never had the chance to play in the major leagues," Munoz told The AP. "I thought I might get a chance in Montreal a few times. I'm just doing the best I can to make a good impression."

No matter the impression Munoz made, he never did end up making the majors. He also never returned to AAA.

He has, however, gone on to a post-playing career as a minor league coach and manager, most recently credited as managing in 2008.

Munoz' career began in 1985, signed by the Giants as a free agent out of his native Venezuela.

He played his first season at single-A Clinton, then skipped 1986 and returned with the Expos for 1987 at single-A Burlington.

He played all of 1992 at Indianapolis, but never saw Montreal. For 1993, he moved to the Pirates system and AAA Buffalo. In just 40 games there, he hit .217. Along the way, he suffered a broken leg.

After spending 1994 at AA Carolina, Munoz played in spring 1995. In one spring game, he had three hits and three RBI. The spring and strike over, Munoz returned to AA Carolina, ending his playing career.

Soon after, though, Munoz became a coach. He served as hitting coach at high-A Lynchburg in 1996, then at single-A Wisconsin from 1997 to 1999. With Wisconsin, Munoz worked to help Latin players made it in the minors.

"It takes a year or two for them to show that they can do," Munoz told The Appleton Post-Crescent in 1999. "It happened to me when I first got here. It's a real culture shock. But if you have the right frame of mind, you'll do fine."