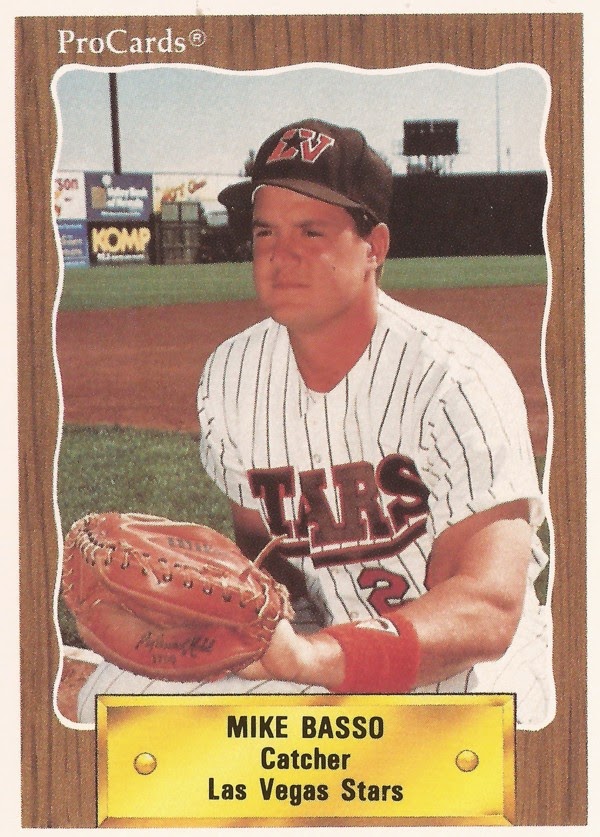 Spokane Indians catcher Mike Basso did almost everything for the short-season team that night in late August.

Basso knocked in both Spokane runs, according to The Spokane Chronicle. He also completed a play that helped save the game. That was on top of going 3-for-3.

"It felt good doing that," Basso told The Chronicle afterward.

While it felt good leading his Spokane team to victory that night, Basso would never experience that feeling in the majors. He got as high as AAA, but no higher.

Basso has, however, gone on to a long career in baseball after his playing career, serving as a manager, coordinator and scout.

Basso was completing his first professional season that year, taken by the Padres in the 18th round of the 1986 draft out of the University of Houston.

That first season in the minors, Basso hit .298 with two home runs. He moved up to single-A Charleston for 1987, hitting his seventh home run in a late July game. He then hit AA Wichita and AAA Las Vegas in 1988.

In three more seasons of work, Basso didn't get into more than 34 games. In 1994, his last as a player, he played in 14 games for high-A Rancho Cucamonga.

From there, Basso became a coach at AAA Las Vegas for 1995, then manager at Idaho Falls and elsewhere. Three of his managerial seasons, from 1996-1998, were spent back at Rancho Cucamonga, the affiliate of the Padres.

That year, Basso also served as Padres catching instructor in spring training and go to go to the World Series. He counted that trip among his greatest baseball memories in an interview later with his alma-mater.

In 2010, Basso served as a scout for the Pirates. His most recent year managing was in 2000, back at AAA Las Vegas.

As a manager, Basso told The Las Vegas Review-Journal, he tried to keep a good atmosphere, giving his players a chance to succeed.

"One thing managers anywhere have to understand is it's not about them, it's about the players," Basso told The Review-Journal. "The players do the work. You have to give them the opportunity to get better."