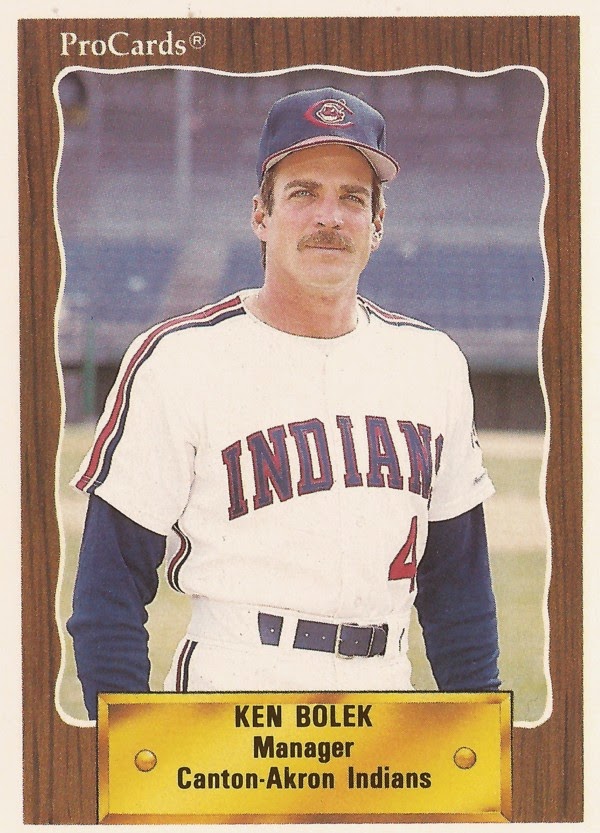 Ken Bolek worked in 2012 to help kids learn the fundamentals of the game.

Bolek, the longtime director of IMG Baseball Academy focused this day on kids age 10 to 12 with a summer IMG wood bat league, according to Baseball The Magazine.

"Here," Bolek told Baseball The Magazine, "we focus on the technical skill, not just having players show up to the ball park and go home. A very small percentage of players are getting individual technical instruction at the youth level."

Bolek has served as baseball director with IMG Academy in Florida since 1995, helping teenagers learn the game. Before that, he helped pros learn the game as a coach in the minors and in the majors.

Bolek's time in baseball started before that, as a player himself, taken by the Tigers in the 24th round of the draft out of the University of Arizona.

At Arizona, Bolek helped his team to the College World Series championship.  He helped get them into the championship game with a two-run home run.

Bolek started at single-A Clinton, hitting .289. He also got three games at AAA Evansville. He played 1977 at AA Montgomery. He moved to the Indians system for 1978. It was his final season as a player.

Bolek moved to coaching by 1979, serving as coach at Cuyahoga Community College. By 1986, he was managing in the minors, taking over single-A Asheville. He also managed one of the teams in the South Atlantic League All-Star game, getting to select the reserves.

"I don't get to see a lot of these players very often," Bolek told The Charleston Post and Courier. "So we base a lot of these statistics. Certainly, there are several other very good players in the league who don't make the team."

Bolek then managed in the minors each season through 1991, managing at single-A Osceola, Waterloo and Kinston before spending to seasons at AA Canton-Akron.

After spending two seasons as a special assistant coach with the Indians in Cleveland. He returned to the minors for one more season in 1994 at high-A Daytona.

"We're very happy with Ken Bolek," Cubs VP of baseball development and scouting Al Goldis told The Daytona Beach News-Journal upon Bolek's hiring. "Ken's a tremendous coach. He has an outstanding rapport with people. His teaching skills are excellent. He had a great record with Cleveland."