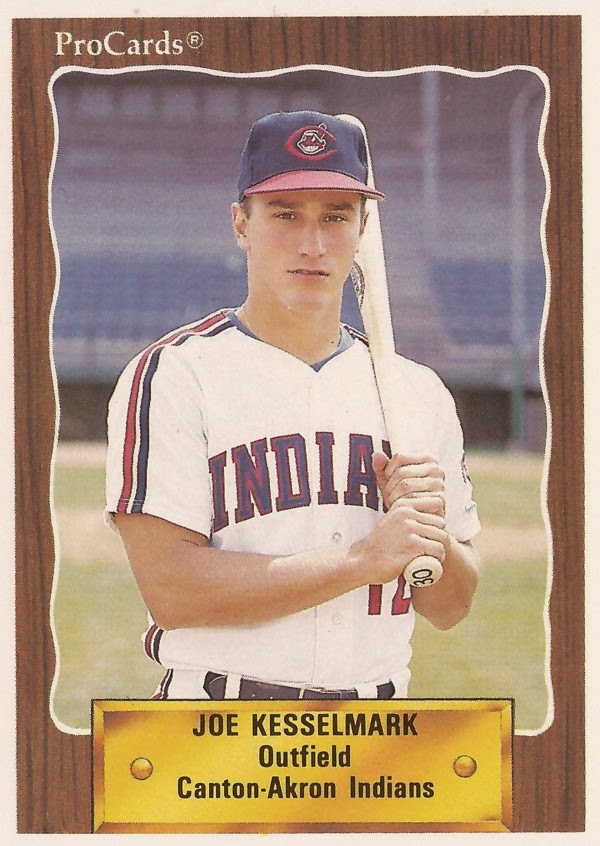 Joe Kesselmark had high praise for his old high school baseball coach in 2014. Of all the coaches he'd played for, including the ones he played for as a pro, his old coach Brian Giorgis was as good as any, he told The New York Daily News.

"I've never seen someone as good with the X's and O's," Kesselmark told The New York Daily News as the paper featured Giorgis had success as a women's college basketball coach at Marist. "He taught us the finer points, the technical skills you needed to advance."

Several of the minor league managers Kesselmark compared Giorgis to went on to manage in the majors, The Daily News noted. Kesselmark, though, never did make it there. His pro career lasted five seasons, Kesselmark briefly making AAA.

Kesselmark's career began in 1986, taken by the Dodgers in the eighth round of the draft out of Pace University in New York.

At Pace, Kesselmark was a first-team Academic All-American in 1985 and 1986. He also as the top career batting average in school history at .446, according to the school.

In one April 1985 double header, Kesselmark picked up four hits in the first game and threw a shutout in the second, according to Gannett Westchester Newspapers.

With the Dodgers, Kesselmark started at rookie Great Falls. He hit .348 over 70 games. He also knocked in 50 and stole 10. He doubled and scored in a June game.

Kesselmark got his first full season in 1989, back at San Antonio. In 133 games, he hit .287. He also got two games at AAA Albuquerque. In a July game against Tulsa, Kesselmark picked up three hits and two RBI.