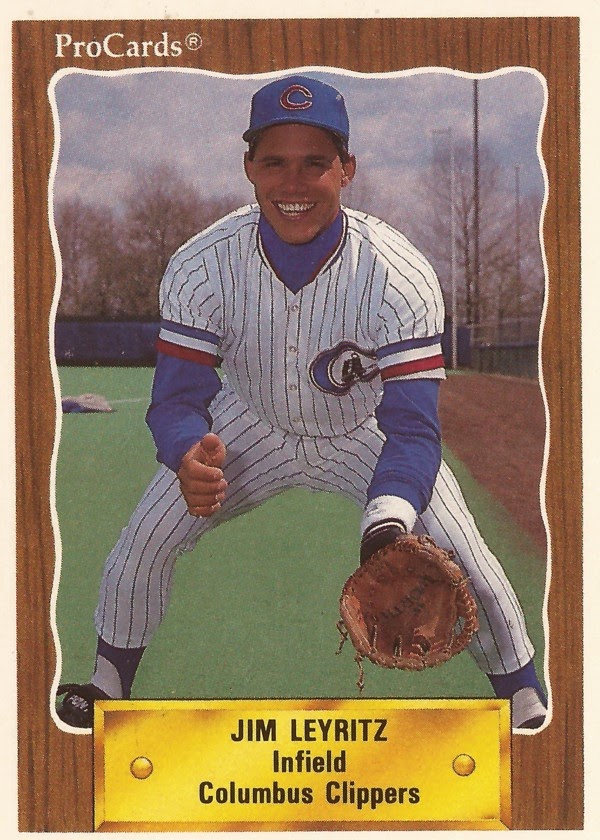 The home run hero of a divisional series game a year before, the Yankees' Jim Leyritz now found himself in 1996 in a similar spot, only on an even grander stage: The World Series.

His Yankees down 6-3 in the eighth inning of the crucial Game 4, Leyritz launched a game-tying home run in a contest and series the Bombers would go on to win.

"Never thought I'd get a chance to hit another big home run," Leyritz told The New York Daily News.

Leyritz would go on to get plenty of chances to hit big home runs in his 11-season major league career, and he would take advantage of those chances.

Leyritz is now looking to take advantage of another, much different, second chance, one given to him by an independent league team to get back into baseball after a tumultuous three years that began with a Florida drunk driving accident in which a woman was killed.

Leyritz first chance at baseball began in 1985, when he was signed by the Yankees as a free agent out of the University of Kentucky. He played at short-season Oneonta in 1986, then single-A Fort Lauderdale.

He made AA Albany-Colonie in 1988, staying there for two seasons. With Albany in 1988, Leyritz showed some of the clutch hitting that would show years later in the majors, hitting a two-run double and a game-tying single in a May win.

"I pride myself on being able to make contact in a situation like that," Leyritz told The Schenectady Gazette after the game. "Maybe subconsciously I bear down or adjust, but that's my job, to get RBIs."

Leyritz made AAA Columbus in 1990, then the Bronx that June. He played 92 games for the Yankees that year, hitting .257 with five home runs. "It's been everything I expected and more," Leyritz told The Gazette that August of his time in the majors.

In 1995, the year of his first playoff heroics, Leyritz got into 77 games and hit .269. Those heroics came in Game 2 of the Division Series, a game-winning, 15-inning home run. Leyritz was mobbed at the plate.

"When I saw the ball clear the fence, you can't describe how elated and exhausted I was," Leyritz told The Associated Press after the game. "I could have floated around the bases."

After his heroics the next year, the Yankees traded him. After spending time with the Angels, Rangers and Red Sox, Leyritz landed with the Padres in mid-1998.

He arrived with the Padres in time to resume his playoff exploits and power them to the World Series against his old team, the Yankees. The Padres advanced to the National League Championship Series on Leyritz home runs in three consecutive games.

"He's just got a history of being big in the postseason," Padres pitcher Sterling Hitchcock told The AP of Leyritz after the Padres advanced to the NLCS.

The car accident Dec. 28, 2007. Leyritz was driving drunk, when his car collided with a second car. The driver of the second car was also drunk, she was killed. Leyritz faced a drunk driving charge, along with a DUI manslaughter charge in the woman's death.

A jury in November 2010 convicted Leyritz of the drunk driving charge, but acquitted on the manslaughter charge. Jurors told reporters later their decision came on evidence that the woman was also drunk. Leyritz received one year of probation.

"I said it from the very beginning, there would be no winners in this case," an emotional Leyritz told the court at his sentencing. "This was a horrible, horrible tragedy."

In February 2011, Leyritz returned to baseball, named as pitching coach for the independent Newark Bears, a team he briefly played for in 2001.

"It's all about second chances in a league of second chances," Leyritz said in a statement issued by the team upon hiring him. "I'm fortunate to get the chance to get back on the field. It’s something I’ve wanted to do for a very long time."