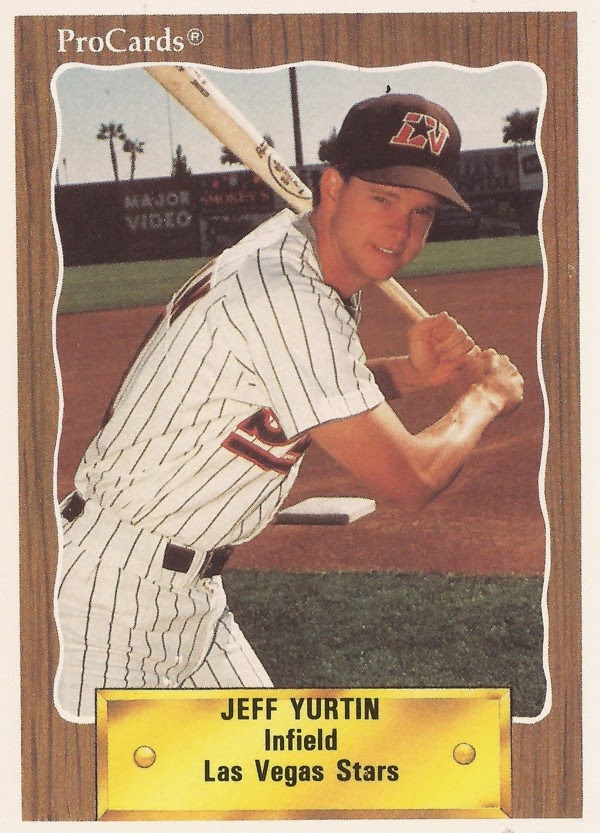 "This actually was the first day I've put together a complete game," Yurtin told reporters afterward. "I hit two grounders early on that could have been outs but they went between first and second. I guess it was my day."

Yurtin had his complete game as a member of the Louisiana State University Tigers in the College World Series, as LSU knocked out Maine. The home run was Yurtin's 10th on the season.

Shortly thereafter, Yurtin was selected by the Padres in the 12th round of the draft. But, while Yurtin would get as high as AAA, he never would make the majors.

Yurtin started his minor league career right after the draft, playing at short-season Spokane. In 50 games there, Yurtin hit .245 with one home run. He hit his one home run Aug. 21 in a 9-1 Spokane loss. In another late August game, he had three hits in a Spokane win.

Yurtin split 1987 between single-A Reno and AA Wichita, earning his call-up to AA after hitting .358 at Reno. But he couldn't continue his hitting at Wichita, his average there dropping to .236.

Returning to the Stars for 1990, Yurtin got off to a hot start, earning Pacific Coast League Player of the Week honors the first week with a .364 average, two home runs and seven RBIs, according to The Los Angeles Times.

Yurtin played in 102 games for the Stars in 1990, hitting .260, but only three more home runs after that first week. By late August, he was also listed by The Times as sidelined with a neurological disorder. It was also his final year as a player.