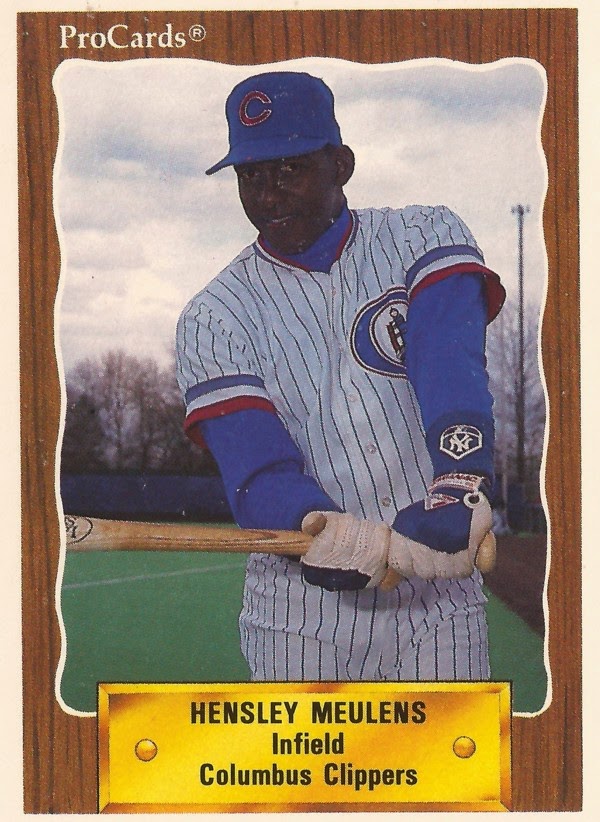 Going into spring training 1991, Hensley Meulens had played just 31 games in the majors for the Yankees. But that year, he was set to be the starting left fielder at Yankee Stadium, according to The New York Times.

"I've been waiting for this day to arrive," Meulens told The Times after arriving for the start of camp. "My emotions are high; my confidence is up there, too. I've learned to deal with the pressure. I can block that out. Now, I just have to let the physical ability take over."

For Meulens, though, that physical ability never did take over, at least not in the Bronx. Where it did take over, though, was in Japan. There, over three seasons, Meulens averaged 26 home runs, according to The Associated Press, and won a Japan Series title.

More recently it has been Meulens' instructional ability that has come to the forefront, as a hitting coach, serving in that capacity for the 2010 World Series champion San Francisco Giants.

Meulens' career began in 1985, signed by the Yankees out of his native Curacao. He played his first year in 1986 in the rookie Gulf Coast League. He made AA Albany-Colonie and then AAA Columbus in 1988.

Then came 1991. Meulens got into 96 games that year for the Yankees, playing 61 of them in left field. He hit just .222. In May, Meulens was actually named the Yankees' starting left fielder. Then he went 0 for 12 with 8 strikeouts and was benched, The Times wrote.

"You don't want him to lose his confidence," Yankees manager Stump Merrill told The Times. "I don't think he has, and I don't think he will. He'll fight his way through this and be fine."

Meulens, though, would never see that kind of major league playing time again. In 1992, Meulens only saw two games with the Yankees. In 1993, he saw 30.

By 1994, Meulens was in Japan, helping win the 1995 Japan Series with the Yakult Swallows. By 1997, Meulens was back stateside, with the Braves, hoping to get another shot at the majors.

"If I only knew then what I knew now, I would have approached the situation totally different," Meulens told The AP that February of his problems in the Bronx. "I would have been ready for every at-bat, every pitch, every situation I was put into, instead of staying, 'Hey, I should be playing every day.'"

Meulens, though, didn't make it back with the Braves. Instead, he played 16 games that year with the Expos and seven the next year with the Diamondbacks, finishing out his major league career.

Meulens continued playing in the minors and elsewhere through 2002, including in Mexico and Korea, finally ending his playing career.

Meulens has since become a coach. He started in 2003 at rookie Bluefield. He made AAA Indianapolis in 2005 then became San Francisco's hitting coach in 2010, a job he continues in for 2014.

In 2010, Meulens watched his hitters help the Giants to the World Series title. In the first two games, that hitting resulted in 20 total runs scored by the Giants, The AP noted.