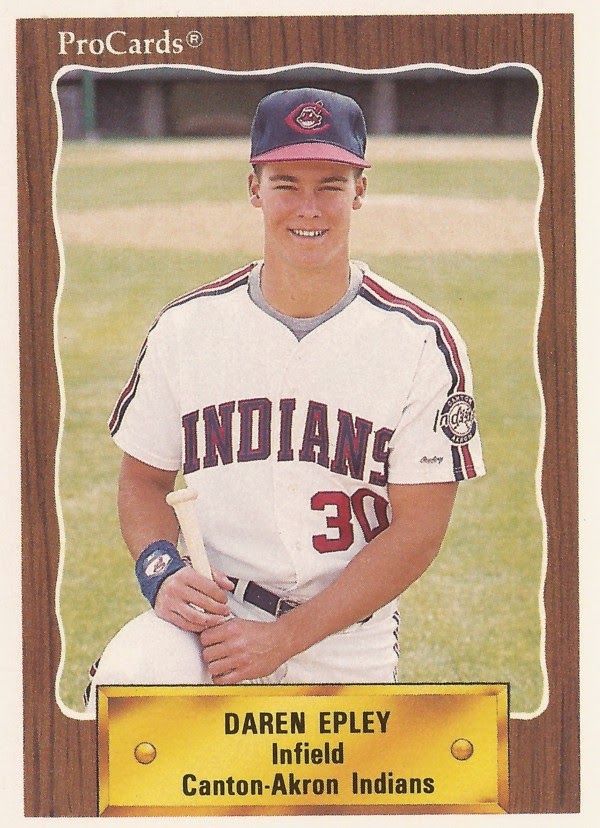 Daren Epley learned his fundamentals from his coach at Bradley University, Dewey Kalmer, Epley told a group honoring Kalmer years later, according to The Peoria Journal-Star.

"The bottom line," Epley told those gathered, according to The Journal-Star, "is that if it weren't for Dewey, I never would have played in program this good or been drafted."

Epley came out of Bradley as a high draft pick, taken by the Indians in the fourth round of the draft. Those mechanics ended up getting him six seasons as a pro. They got him to AAA, but they never got him to the majors.

By September 1992, Epley was back at Canton-Akron, helping the team in the playoffs. In one playoff game, Epley went 1 for 2, knocking in one and scoring two.