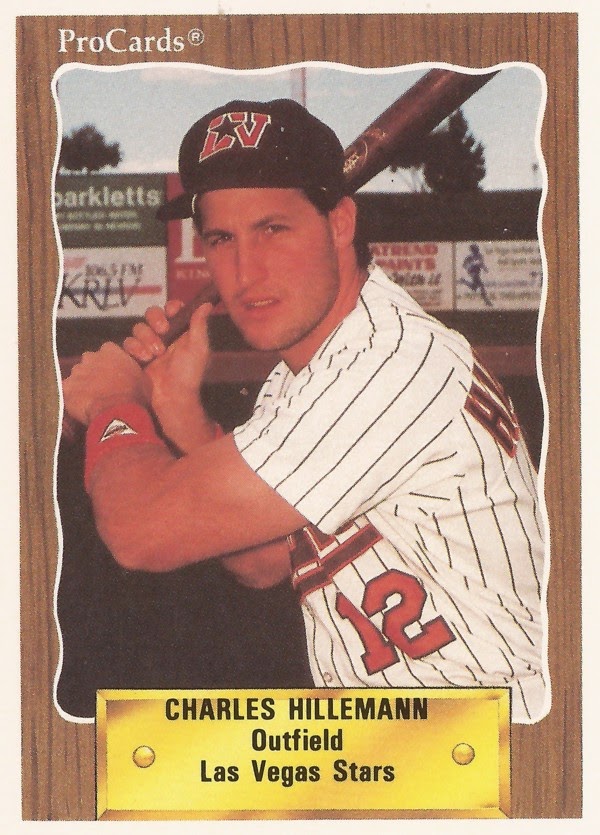 Charlie Hillemann's son Dalton told his hometown newspaper in 2010, he was glad for a decision his father made nearly two decades earlier.

That decision was to quit baseball and come home and be a dad.

"Me being born was one of the deciding factors to put down his baseball career," Daulton Hillemann told The St. Louis Suburban Journals. "He focused on being a father, a husband and starting a family. And I can't thank him enough."

The father's career began in 1987, taken by the Padres in the fifth round of the draft out of Southern Illinois University.

Hillemann started at short-season Spokane, hitting .285 in 65 games. In July, he touched off a game-winning rally with a single. In an August game, it was Hillemann driving in the winning run, according to The Spokane Spokesman-Review.

He first made AAA in 1990, with 91 games at Las Vegas. Hillemann, though, never got his call to San Diego.

His final year in the Padres system came in 1991, with more time spent at AA Wichita than AAA Las Vegas.

After a trade to the Brewers, Hillemann played just one more season. He played 44 games at AA El Paso and 15 at AAA Denver. He then went home to his family.