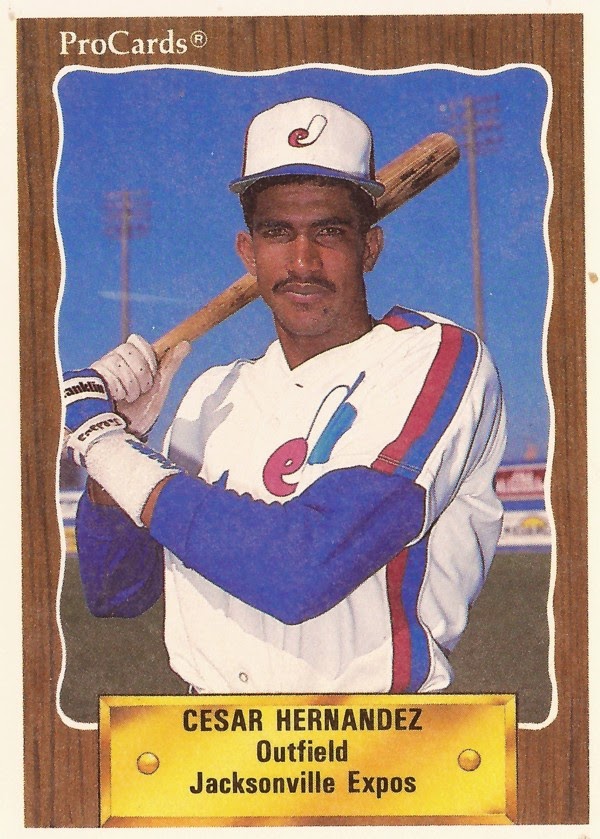 Cesar Hernandez made a difference in his second major league game.

He picked up his first major league hit in that July 1992 contest for Cincinnati. He then later padded the Reds' lead, knocking in two on his first big league double.

Hernandez later, however, made a difference in a different way, a difference he didn't want to make. Returning to the Reds in 1993, Hernandez' defense let three games slip away.

After the third time the Reds sent him back to the minors. He never returned.

Hernandez' career began in 1985, signed by the Expos as an undrafted free agent out of his native Dominican Republic.

He split time in 1989 between West Palm Beach and AA Jacksonville. He knocked in a run on a single in a May game for West Palm Beach. Between the two levels, Hernandez hit .242.

Taken off waivers by the Reds for 1992, Hernandez started that season at AA Chattanooga. By July, he was in Cincinnati.

He then returned to Cincinnati for 27 more games in 1993. Hernandez, though, seemingly could do nothing right for the Reds that year. In 24 at bats, he got just two hits for a .083 average.

Then there was his defense. Three times that year his defense was blamed for Reds losses. The last time Hernandez left a ball drop that touched off a late Dodger rally. The Reds returned Hernandez to the minors.