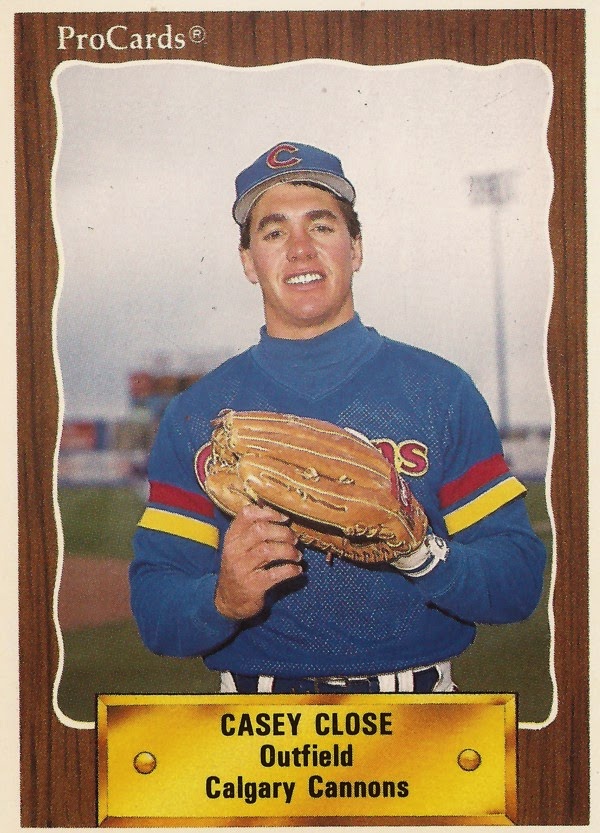 Casey Close was having a season in 1988 that not even he could argue was good.

In his third year as a pro, Close hit AAA Columbus, but the outfielder didn't even hit .200. He did no better back down at AA Albany.

"It's been an extremely frustrating season," Close told The Schenectady Gazette that August after returning to Albany. "After four months you start to wonder if you're losing it. This is a game of recency, what have you done lately. I just want to salvage something out of it."

Despite the poor numbers, it was an assessment that Close would likely never give today. His own career lasted just five seasons, getting three seasons at AAA.

Close has been working with major leaguers ever since, as a player agent, emphasizing the positives of a player's resume and the potential in the player's future, rather than dwelling on the negatives of frustrating seasons.

Close's biggest client is one he has been with since almost the beginning: Derek Jeter. Jeter is a client Close still represents today, along with the likes of Ryan Howard, Derrek Lee and others.

Before he was an agent, though, Close was a player selected by the Yankees in the seventh round of the 1986 draft out of the University of Michigan.

At Michigan, Close won Baseball America's National Player of the Year honors. He hit 46 home runs and scored 190 runs in his Michigan career, still school records, according to AnnArbor.com.

In May 1985, Close both hit and pitched the Wolverines to an NCAA regional win, getting four hits, two of them home runs, all while pitching a complete-game, The Michigan Daily wrote.

With the Yankees, Close started at short-season Oneonta, hitting .245, with three home runs. For 1987, Close made it to AA Albany, hitting .279, with seven home runs.

Then came that frustrating 1988. He got 81 unproductive games at AAA Columbus, then 25 back at Albany. It was his last of three seasons as a player with the Yankees. But his real impact on the organization was yet to come.

Close's playing career finished with two good seasons in the Mariners' organization at AAA Calgary. He hit .330 there in 1989, then .270 in 1990. But he never got called up to Seattle, his career ending after five seasons.

By 1992, Close had begun his new career as a player agent, representing such players as Kent Mercker with the International Management Group.

In 1993, Close met Jeter as the first-round pick was still in single-A. Close has represented the future Hall of Famer ever since.

Shortly after Jeter and the Yankees won the 1996 World Series, Close speculated to The New York Daily News about what lay in store for Jeter financially.

"The possibilities are endless," Close told The Daily News that November. "It is unusual for anyone to captivate the market like this. The telephones have been ringing off the hook nonstop."

"Casey has done a fantastic job navigating the corporate world and determining the right deals to do for him," Schwartz told The Journal, "but also the ones to pass on."

On the negotiation side, Close won Ryan Howard an extension of five-years and $125 million, without Howard being a free agent, The New York Times wrote.

While negotiating the most-recent deal, Close didn't have to work hard to emphasize Jeter's positives.

"Clearly, baseball is a business and Derek's impact on the sport's most valuable franchise can’t be overstated," Close told The New York Post. "Moreover, no athlete embodies the spirit of a champion more than Derek Jeter."