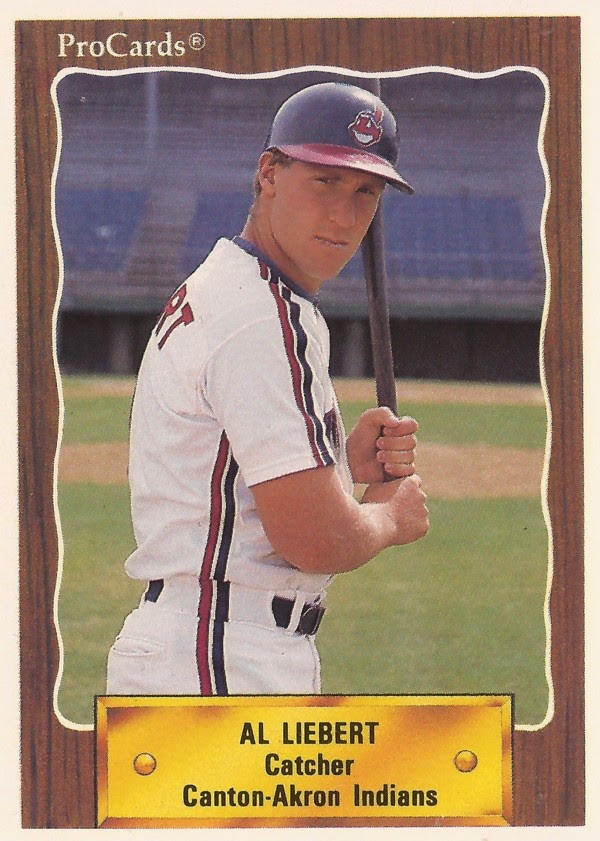 Al Liebert made a snap throw to first in this June 1990 game, cutting down Albany-Colonie runner Bernie Williams, according to The Schenectady Daily Gazette.

The move not only erased a runner but it also erased a potential run. The next batter hit a home run.

"That turned out to be a big play," Albany-Colonie manager Dan Radison told The Daily Gazette after the 3-2 Yankee loss. "But I don't ever like to get too concerned about getting picked off. We're trying to get Bernie to be aggressive."

Liebert made that big play in his sixth professional season. He went on to play in two more. He never got the chance to make a big play in the majors.

Liebert's career began in 1985, taken by the Tigers in the 17th round of the draft out of Waukegan West High School in Illinois. Liebert is also known by his full name, Allen Liebert.

He also hit eight home runs at Gastonia, one of them a July two-run shot. He tied another July game with an RBI single.

Liebert started 1987 at single-A Fayetteville then move mid-season to the Indians and single-A Kinston. He made AA Canton-Akron in 1989 and stayed there for 1990. He hit .243 in 114 games his second year there.

For 1991, Liebert moved to the White Sox. He played in 35 games at AA Birmingham. He also made AAA for the first time with Vancouver. With Vancouver in June, Liebert ended an extra inning game with a pinch-hit double.