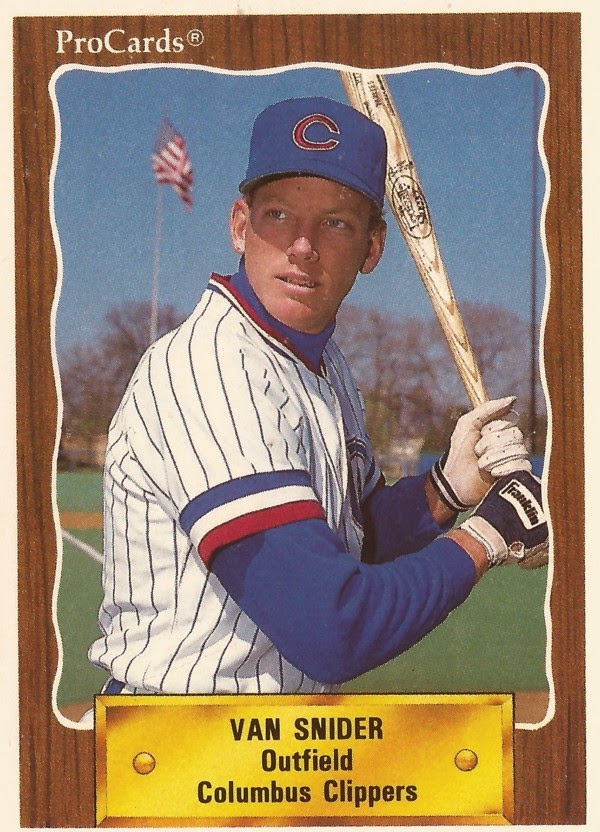 Van Snider had gotten a taste of the majors the previous September, but his prospects for 1989 weren't good.

Snider played with the Reds at Nashville through 1989, before being traded again, this time to the Yankees in a four-player deal that sent Hal Morris to the Reds. Snider spent two years at Columbus, then four more seasons with four more teams. Snider played for the Red Sox, Cardinals and Twins organizations, as well as in Mexico before hanging it up.