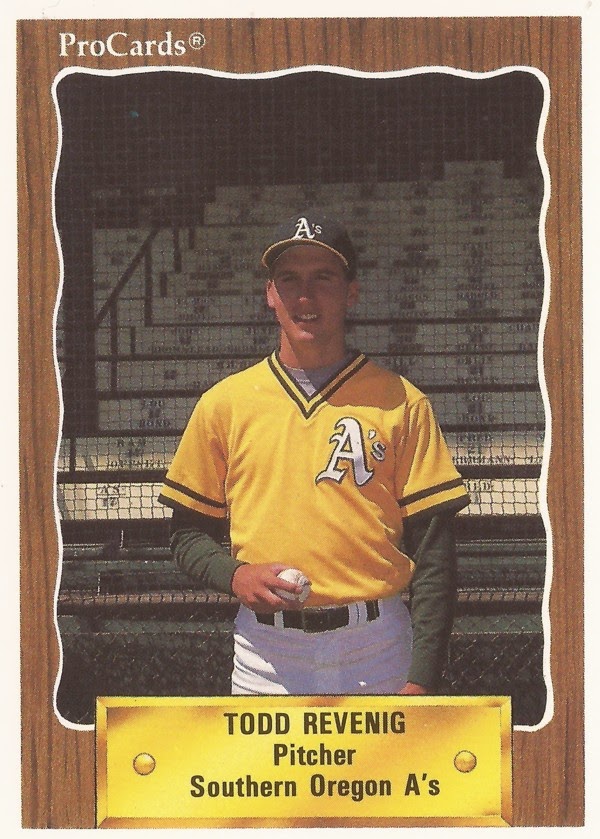 Todd Revenig wasn't a highly-touted draft pick, like some of his fellow 1990 Oakland draftees, one wire service noted in 1992.

But what the 37th-round pick could claim that year that others couldn't was that he was in the major leagues.

Revenig made Oakland that August as an added relief pitcher. He made it into two games and then he was done, never making it back. But Revenig made the majors.

Revenig's career began that year in 1990, taken by the Athletics out of Mankato State University in Minnesota.

Revenig started at short-season Southern Oregon, and he started well. In 24 relief outings, Revenig's ERA came in at a sterling 0.81.

He then repeated that performance in 1991 with 38 outings between single-A Madison and AA Huntsville. His ERA that year was 0.98.

Revenig returned to Huntsville for 1992 and became a workhorse. In 53 outings, he had an ERA of 1.70. He also saved 33 games. He also made the league All-Star team. He picked up his 24th save in a July outing.

Then that was it. Revenig was sent down for the stretch drive. He never got back. His final major league ERA: 0.00.