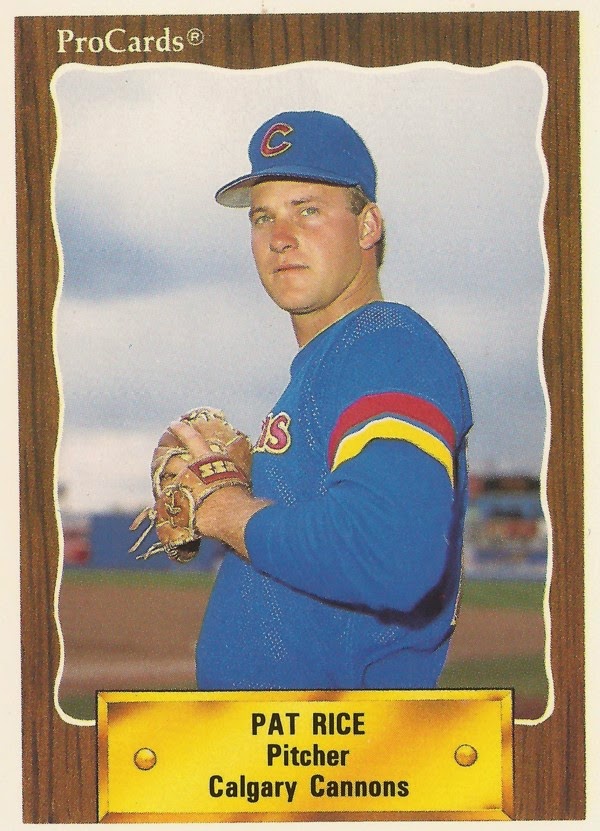 Pat Rice was exhausted, he told The New York Times, but he was excited.

In his sixth professional season, the 27-year-old Rice was in the majors, with the Mariners.

"I always thought I would pitch until they fired me," Rice told The Times after shutting out the Yankees over 5.2 innings of work in his debut. "I began to wonder last year when they were going to fire me."

Rice pitched until he made the majors. Over the month starting with that Yankees start, Rice got into a total of seven contests - throwing 13 shutout innings to start his career. Rice played one more season, but those seven big league outings proved to be the extent of his major league career.

Rice's career, though, has continued as a coach and coordinator in the minors. And it's continuing into 2012, with Rice serving his fourth-consecutive season as pitching coach for the AAA Fresno Grizzlies.

Rice's career began in 1986, playing for independent Salt Lake City of the Pioneer League. Coming out of the University of Arkansas, Rice hadn't been drafted.

On June 16, his seventh outing, Rice got his second start. He went 2.1 innings, giving up three earned runs and taking the loss.

In 1995, Rice started his post-playing baseball career with the Mariners in the Midwest League with single-A Wisconsin.

Rice moved to AA New Haven in 1998, then became Mariners minor league pitching coordinator in 2000. In 2008, he resumed pitching coach duties, at single-A San Jose with the Giants, moving to AAA Fresno in 2009, where he continues as pitching coach for 2012.

Going into 2000, as Mariners minor league pitching coordinator, Rice worked with former Mariners first-round pick Ryan Anderson, whose career was ultimately derailed by injury, on the details of his delivery.

"Small things," Rice told The Associated Press of his work with Anderson, "but things that in the big leagues you're not going to get away with."