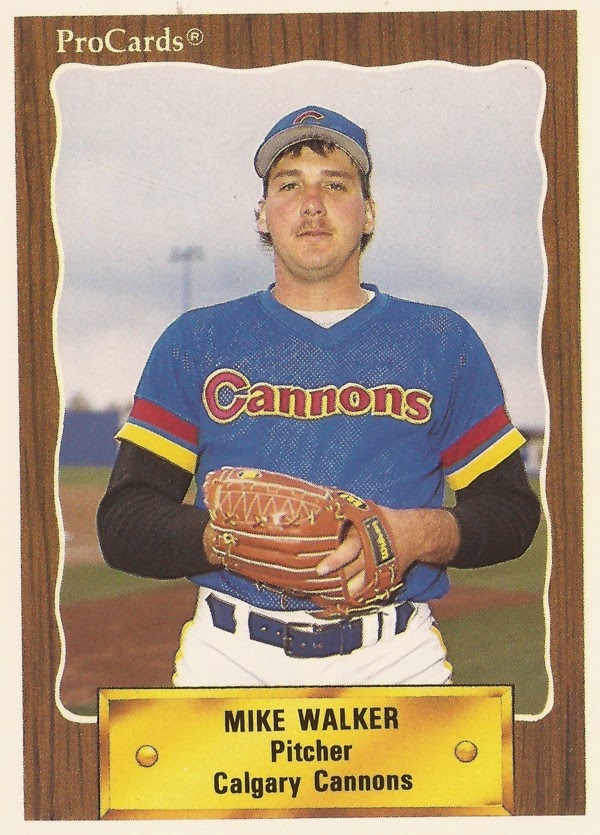 Going into 1989, the Pirates and manager Jim Leyland were impressed with Mike Walker, The Pittsburgh Post-Gazette wrote.

He'd gone from single-A Salem to AAA Buffalo in 1988 and appeared poised to make the final jump to Pittsburgh soon.

"I wouldn't be afraid to give him the ball 30 times next season," Leyland told The Post-Gazette in December 1988.

Walker, however, would only ever get the ball from Leyland in spring training. The Pirates traded him that April to the Mariners.

While Walker would make the majors, getting the ball for all of five outings with the Mariners in 1992 the year after shoulder surgery, he would pitch for Leyland again, in spring 1995, as a Pirates replacement player.

Walker's professional career began in 1986, taken by the Pirates in the second round of the draft out of the University of Houston.

He pitched that first season at short-season Watertown, going 4-10 with a 4.53 ERA. Walker got a look at AA Harrisburg in 1987, the same year he nearly threw a no-hitter at single-A Salem.

In 1988, Walker went 6-12 over three levels, but had a 3.19 ERA. After his comments on Walker that offseason, though, Leyland sent Walker back to AAA out of spring training 1989.

"I told him he'd be better going to Buffalo and making 12 or 15 starts," Leyland told The Post-Gazette. "Then if we need somebody, we'll see."

By the end of April, the Pirates shipped Walker to the Mariners in a five-player deal, a deal he later cited as a turning point in his career, one he told The Associated Press that got him lost in the Seattle system.

He went to AAA Calgary, staying there for 1990. He then lost all of 1991 to shoulder surgery, making what one card company called a "remarkable comeback" to return to Calgary for the start of 1992. Called up in June to Seattle, Walker got three starts and two relief appearances. In 14.2 innings, he gave up 12 earned runs.

In his major league debut June 16, Walker went six innings and gave up four earned runs. Seattle, though, came back for the win, Walker getting the no-decision.

Walker split the minor league portion of 1992 between Calgary and AA Jacksonville. Then it was back to Calgary for 1993. In 1994, he pitched for the Giants and the Rangers, both at AAA, but didn't get a call-up.

Then came spring 1995 and the opportunity to keep playing, an opportunity that came in the form of replacement ball. Coming into camp, Walker wasn't sure what he'd do.

Walker thought his career was over, getting a job with a gas company, he told The Post-Gazette as he decided whether to be a replacement player.

"But then Pittsburgh called, and I figured I'd give it one more shot," Walker told The Post-Gazette. "It beats working for a living, I'll tell you that."

Ultimately, Walker returned to the Pirates, and Leyland, as a replacement player.

"I really had to think it over," Walker told The AP in March. "But I came to the conclusion that it was the only choice I had if I wanted to continue my career. It was either that or get a real job and I can make a better living for my wife and two kids playing baseball."

Walker's career, though, ended with the strike, unable to continue playing into 1995.