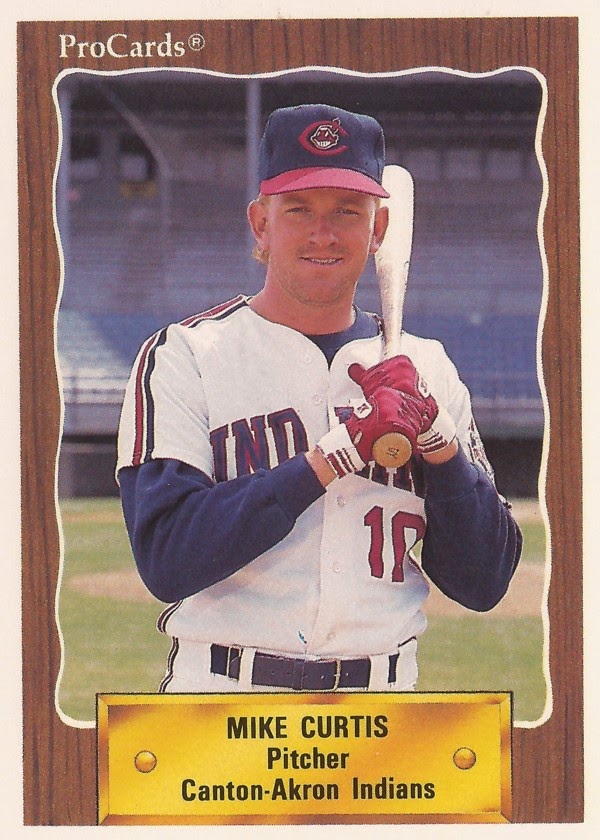 Mike Curtis had been traded before. In 1988, the Cubs sent him to Pittsburgh for Mike Bielecki. But this time was a little different.

This time, Curtis had signed as a replacement player with the Indians in spring 1995. The Indians had too many players, the Reds had too few. This trade was completed for "future considerations," a strange notion in a spring of uncertainty.

"When they called me in, the first thing I said was 'You can't release me yet, we haven't played any games,'" Curtis told The Associated Press. "Then they told me I was traded, and I said, 'You've got to be kidding me.' It took them 15 minutes to convince me."

Curtis was taking one last shot at the majors, albeit the replacement majors. Curtis had spent nine seasons in professional baseball, never getting to the bigs. He wouldn't get there through replacement ball, either, his career ending as the strike ended.

Curtis' career began a decade earlier, taken by the Cubs in the 10th round of the 1986 draft. He played his first two seasons in the Cubs' organization, at short-season Geneva and single-A Winston-Salem, posting ERAs of 2.42 and 4.23 respectively.

Curtis remained with the Indians through 1993, the end of his time in affiliated ball. He split 1990 between AA Canton-Akron and AAA Colorado Springs. He did the same thing in 1991. Seven more games at AAA in 1993 and 10 at independent Duluth in 1994 and he was done.

Then it was one more shot, at replacement ball.