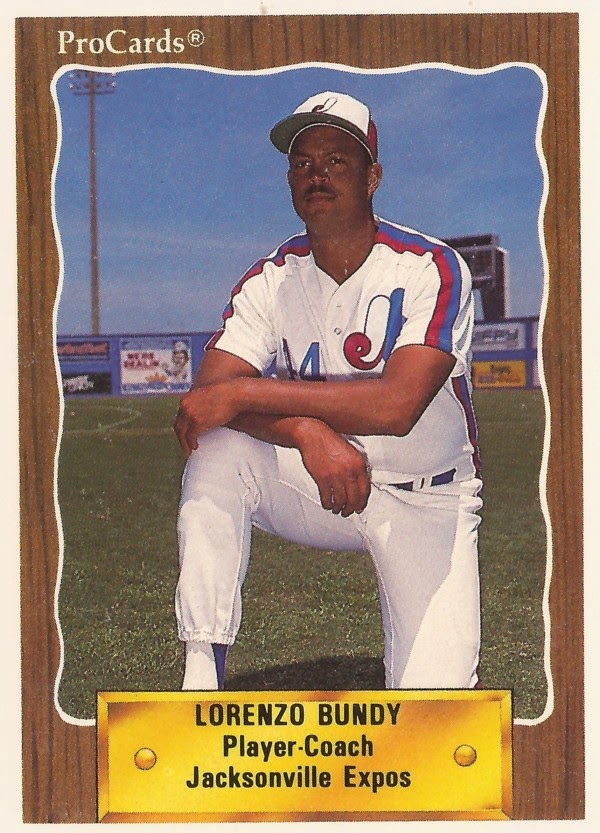 Lorenzo Bundy was a new manager in 1991, so for his managerial style, he expected to rely on his recently completed playing days, he told The Sumter Item that March.

"By me being an offensive player, I want them to hit," Bundy told The Item as his team took shape that spring, "but you don't know whether they'll hit or not."

Bundy had just finished a playing career that spanned nine seasons, got him to AAA, but never got him to the majors.

He then started a coaching career that has extended for nearly a quarter century. That coaching career has also taken him to brief stints in the majors, including a 2014 slot as the Los Angeles Dodgers third base coach.

Bundy's career in baseball began in 1981, signed by the Rangers out of James Madison University.

He played that year at single-A Asheville. He moved to the Pirates organization and single-A Alexandria for 1983. In 1984, he made AA Nashua. That July, Bundy hit a grand slam in a losing effort in Buffalo's old War Memorial Stadium.

"I didn't make good contact," Bundy told The Nashua Telegraph afterward. "That's a flyout in any other Eastern League park."

Bundy then had limited runs for Pirates teams over the next two seasons. He also played in Mexico. For 1989, he signed with the Expos, playing between AA Jacksonville and AAA Indianapolis.

He moved to the Marlins system for 1995, then the Rockies for 1999. It was with the Rockies in 1999 that Bundy got his first look at the majors, as bullpen coach.

After stints with the Red Sox and Diamondbacks, including as Arizona bench coach in 2004, Bundy arrived with the Dodgers in 2007. He then took the helm of the Dodgers' AAA club in Las Vegas.

"Lorenzo is a hard working coach who had his hands on some highly regarded prospects with the Diamondbacks last season," Dodgers Director of Player Development De Jon Watson told MiLB.com after the hire. "He's a very good finisher of players and he's going to bring some quality experience to our organization."