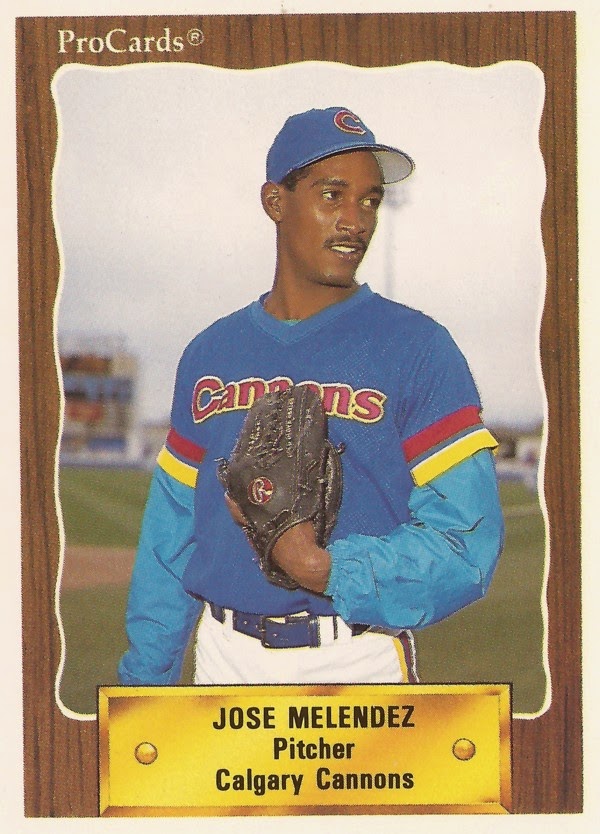 The Mariners didn't have room for Jose Melendez and the Padres were happy to take him.

By 1992, his second year in San Diego, the right hander went 3-0 in April to begin a year with the Padres where he made 56 appearances and posted a sub-3 ERA.

"He's awesome," Padre Manager Greg Riddoch told The Los Angeles Times that May. "He can start, long-relieve, middle-relieve, be the set-up man, go short if we had to. ... That's what makes him so good. He's so versatile."

Melendez went on to a respectable career that spanned five seasons, but that year in 1992 was his best.

Melendez' career began almost a decade earlier, signed as a free agent by the Pirates in 1983. His first playing time came in 1984 at short-season Watertown.

He went 13-10 with a 2.61 ERA for single-A Prince William in 1986, earning him prospect status for 1987. He made it as high as AA Harrisburg with the Pirates before being taken by Seattle in the minor league draft.

With Seattle, Melendez began at AA Williamsport in 1989 before making AAA Calgary. He returned to Calgary for 1990, before making his major league debut that September. In three appearances, Melendez gave up seven earned runs.

Then came his move to the Padres for 1991. The Padres took him off the waiver wire. After he beat the Cubs that June, The Times was speculating that the Padres had gotten a bonanza from the Mariners. The only two runs that game came from solo-home runs from Mark Grace and pitcher Greg Maddux.

"I feel comfortable here," Melendez told The Times after the win. "I hope I can stay here the whole year."

Moved to the bullpen July 4, Melendez went on to reel off 18.2 scoreless innings over nine appearances, according to a wire account.

By the end of 1992, the Padres dealt the relief pitcher to the Red Sox, who sent Phil Plantier back in return. Melendez played nine games for the Red Sox in 1993, a jammed thumb on his pitching hand slowing his start. But in those nine games, Melendez' posted a 2.25 ERA.

Melendez saw another 10 appearances in 1994, with his ERA topping 6. His final appearance of the season, and what would be the final major-league appearance of his career, came Aug. 9, two days before the strike began.

Melendez held on in the minors for parts of two more seasons, pitching in three different systems, before Melendez was done for good.