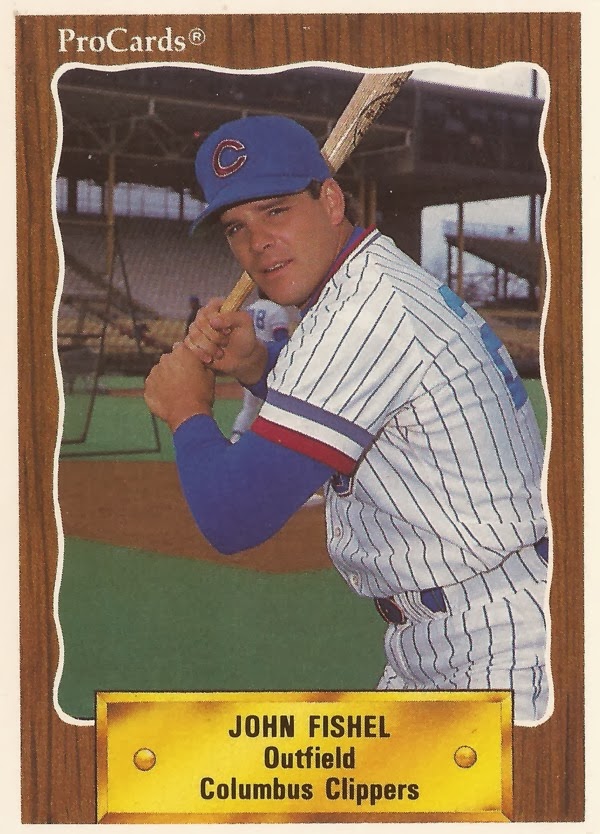 John Fishel's call up to Houston in July 1988 got to wait, The Houston Chronicle wrote, as Fishel got to play in the AAA All-Star game.

After the game, though, it was off to Houston and Fishel's first shot at the major leagues.

"I'm real excited to get my first opportunity in the big leagues," Fishel told The Chronicle. "I'm willing to do anything they ask me to do. I'd like to be able to come in an play every day but I know that is not always possible for a new guy."

Fishel did what was asked of him with the Astros that year and that resulted in appearances in 19 major league games through early October, totaling 30 plate appearances.

Years later, Fishel would do what was asked of him and play replacement ball. His appearance there, or one exit from there, would provide one of the more bizarre moments in a bizarre spring.

Fishel's professional career began in 1985, taken by the Astros in the ninth-round of the draft, out of Cal-State Fullerton.

Leading into his 1988 call up to Houston, Fishel had 13 home runs at Tucson, four of those came in one late-June week, according to The Los Angeles Times.

"He can pack a wallop," Tuscon clubhouse manager Bill Gleason told The Times in late June. "He goes for the long ball. He's going to be a major league star."

With the Astros that year, Fishel ended up getting into those 30 games. But he also just started two. One of those was a 17-inning, late-September contest where Fishel played the entire game. He went 2 for 6, with a walk and an RBI.

Overall, Fishel got six hits in 26 official at bats, hitting one home run. He played his final game Oct. 2, what turned out to be the final major league game of his career.

Fishel, though, continued playing through 1990, moving to the Yankees system, at AAA Columbus, for 1989 and 1990. He hit .219 his first year there and .200 his second, ending his six season professional career.

Fishel, though, returned five years, later, for spring 1995 and replacement ball with the Angels. Before one early March game, though, Fishel found himself not in the game, but in a cell, according to The Times.

A woman from Arizona claimed Fishel owed her $50,000 in back child support. A warrant was issued for his arrest and that's what happened, right before the game. He told The Times if he was the child's father, he would pay support.

"I never want to go back there again," Fishel told The Times later of his 12 hours spent in jail. "I saw some pretty bizarre stuff. There were 30 to 40 people in there at times, and I was the only one without a tattoo. I stood the whole time. I wouldn't fall asleep for a second."