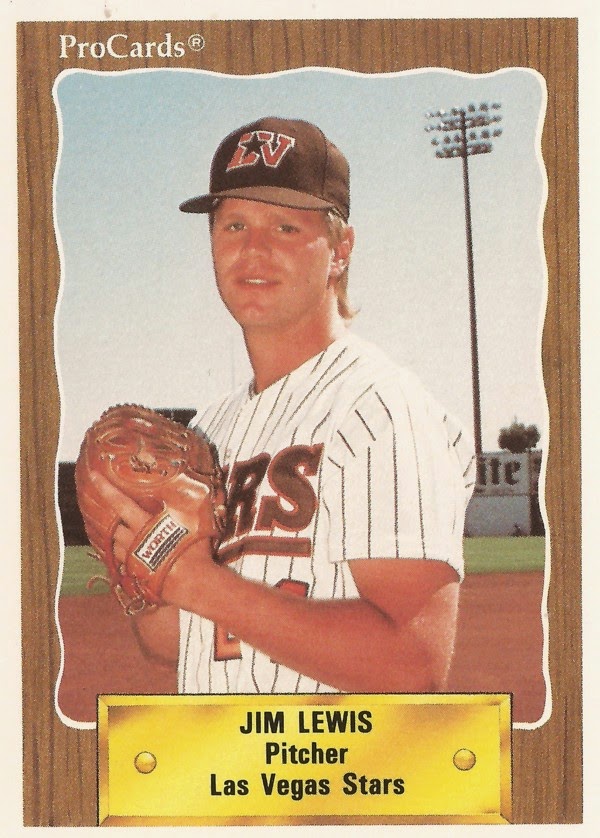 The way Jim Lewis saw it, he was a natural to be a relief pitcher, he told The Baltimore Sun in spring 1992.

"I'm one of those guys who got lucky and got a good arm that can bounce back," Lewis told The Sun, as he prepared to battle for an Orioles bullpen spot. "I like throwing every day. I really like being a relief pitcher."

Lewis was going into his eighth season as a professional relief pitcher that year. In only one of those seasons, 1991 with the Padres, had Lewis seen time relieving in the majors. He wouldn't get back.

Lewis started relieving his first season as a pro, in 1985. He played that year at short-season Spokane, having been taken by the Padres in the fifth round of the June draft, out of Terry Parker High School in Jacksonville, Fl.

Lewis started six games for Spokane, nearly half of the 13 starts he'd get in his eight-season career. He also relieved in 14 games, for an overall ERA of 3.88.

In 1991, though, Lewis returned to Las Vegas. He also made San Diego. He debuted with the Padres in August. Over 12 outings that lasted through the end of the seasons, Lewis pitched 13 innings, giving up six earned runs.

Lewis' debut marked a 1-2-3 ninth. He also gave up two home runs, one of them a grand slam to Hall of Famer Ryne Sandberg in September.

That off-season, the Padres dealt Lewis to the Orioles in a four-player deal. That spring with the Orioles, Lewis picked up three saves, with a 0.84 ERA over seven games. But it was back to AAA, at Rochester.

At Rochester, pitched in 33 games, starting two. It was his final year as a pro, his career ending after eight seasons with 12 games played in the majors.