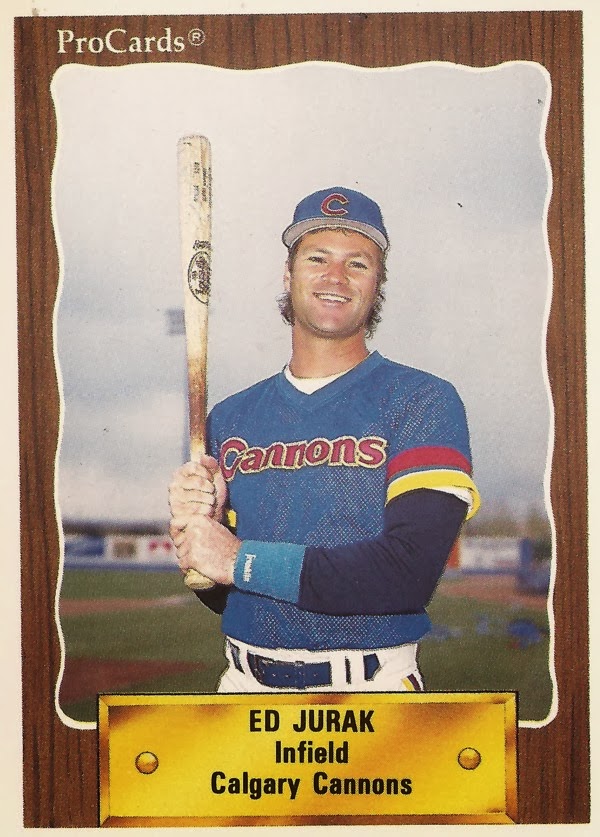 Ed Jurak hit well that March. Seven games in, he was still hitting .400. He'd had this kind of early success before.

"Every spring I've hit well, no matter where I was," Jurak told The Associated Press. "My ability and my knowledge of the game are important."

But this wasn't a normal spring. This was spring 1995 and Jurak was a 37-year-old replacement player.

Jurak returned to playing that year, after four seasons in general retirement from playing. He also was one of the more experienced replacements that spring, having played professionally for 16 seasons, six of those with time in the majors.

He made Boston after having among his first impressive springs. He hit a three-run home run in one early March 1982 game and Red Sox Manager Ralph Houk took notice. "Ed Jurak hit the heck out of the ball," Houk told The AP while praising his entire team's efforts.

Jurak returned to Boston for 1983, playing that year and the next without seeing the minors. He played in 75 games in 1983, the most games he would see in a season, and hit .277.

In 1984, Jurak played in 47 games, hitting .242. One of those games came in April after Wade Boggs went down with an injury. Jurak promptly ignited a rally with a double. He hadn't hit in 12 games.

The next month, Jurak made a notable fielding play - on a rat. The rat had wandered onto the field at Fenway as the Red Sox played the Indians. Jurak, playing first base, cleanly scooped up the rat and carried him from the field, to a trash can.

Jurak started 1985 at AAA Pawtucket. It took an injury for him to be called up in mid-May. Jurak was thankful for the opportunity.

"It's good to get back," Jurak told the Patriot Ledger News Service after the recall. "You never know in this game; you go down, you come up. You get a chance, you've got to take it."

By 1994, Jurak was a manager at independent league Mobile. He even tried to play again, in the season finale, The Orlando Sentinel wrote the next spring. He helped the team to a win, but they later had to forfeit. He wasn't eligible.

The 37-year-old then signed on the next spring as a replacement player, after another managing job fell through.

''To me, age has nothing to do with it. I'm young at heart,'' Jurak told The Sentinel. ''And the experience I have is a plus.''