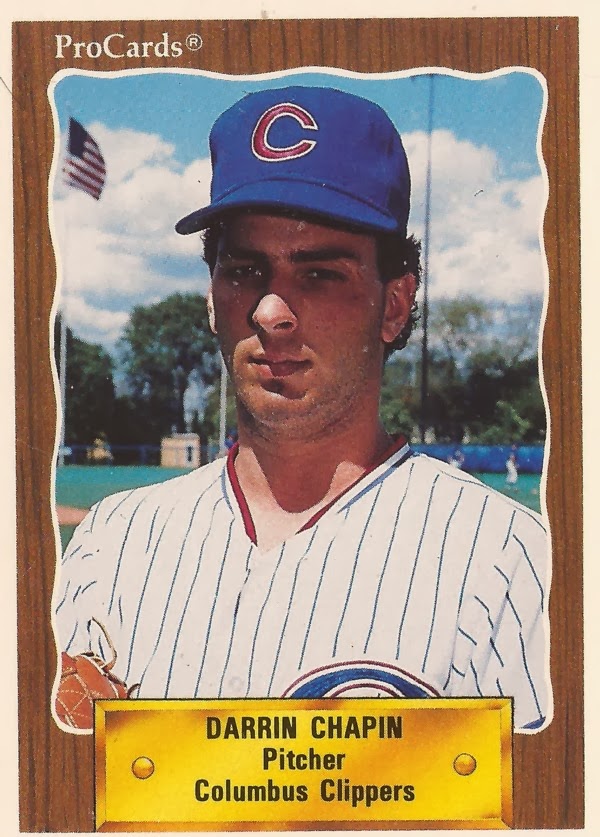 Called in for the eighth, Darrin Chapin, Albany-Colonie's closer, did what he was supposed to do, and more.

Taken by the Yankees in the sixth round of the 1986 draft out of Cleveland State, the Warren, Ohio-native Chapin had started his career as a starter. He started all 13 games he appeared in for the Yankees' Gulf Coast League rookie team that year with a respectable 3.24 ERA.

Three games at AA Albany-Colonie that year were definitely not as good, giving up five earned runs in four innings of work. All five of those earned runs came in one game June 3. After getting out of one inning, Chapin promptly came back in the next frame, giving up six hits and seven total runs, five earned, according to The Gazette.