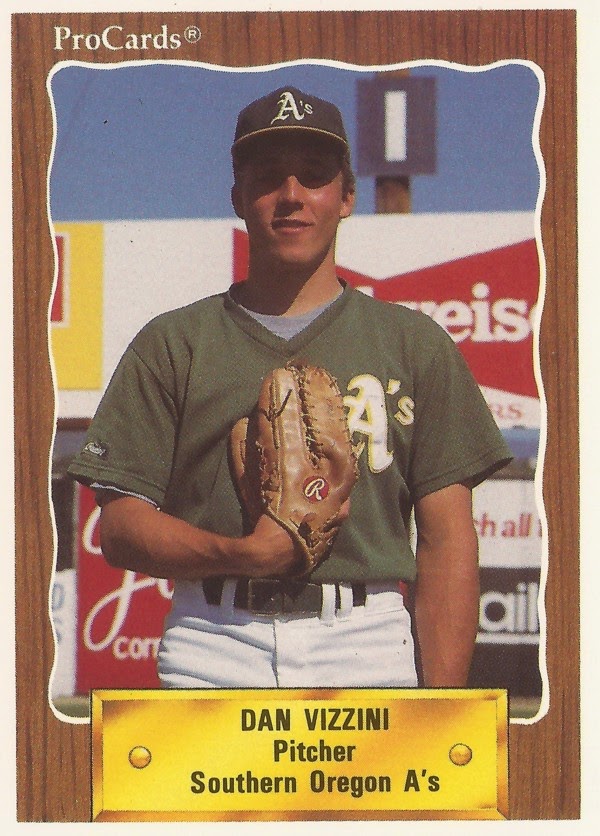 Dan Vizzini had a good year in 1990 for Francis Marion College in South Carolina, according to his ProCards card.

He went 2-1, with eight saves and a 2.42 ERA. He was named NAIA District 6 Player of the Year. He also made the NAIA All-American 1st Team.

It was a performance that caught the eye of the Oakland Athletics, who took him in the seventh round of that June's draft. It wasn't enough, however, to get him a long career. Vizzini's pro career consisted of just two years, both spent at short-season.

With the Athletics, Vizzini started at short-season Southern Oregon. In 16 relief outings, Vizzini picked up a win and a save. He gave up seven earned in 28.2 innings for a 2.20 ERA. In June, he combined with two other pitchers on a seven-hitter.

His playing career over, Vizzini has returned to the Carolinas. He is listed in 2014 as athletic director at the Charlotte Jewish Community Center. He also teaches private baseball lessons.