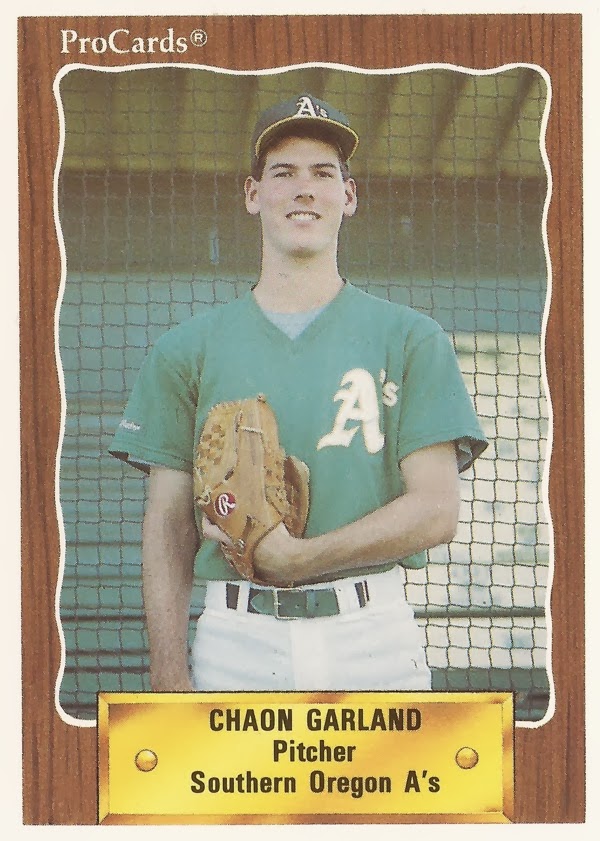 Chaon Garland went pro in 1990 and he pitched well. Playing at short-season Southern Oregon, Garland got nine starts and posted a 3.08 ERA.

Afterward, the Haverford College standout told his hometown Philadelphia Inquirer he was pleased with his performance, and outlook.

"I'm definitely more confident now than I was when I started," Garland told The Inquirer. "Coming from Haverford, I hadn't faced the day-in, day-out competition that the players from Division I schools face. I had confidence in my ability, but at every level you wonder if this is as far as you can go."

For Garland, short-season ball wasn't his final level. That final level came a couple years later at AA, not the majors.

Garland's career began that year in 1990, taken by the Athletics in the third round of the draft out of Haverford near Philadelphia.

With his selection, Garland became the first Haverford player ever to be selected in the draft. He was inducted into the school's Hall of Achievement in 2010.

Garland caught the eye of the Athletics with a 17-win college career, where he struck out 210. He skipped his senior season to sign with Oakland.

Garland started his pro career at Southern Oregon. He also earned praise. In an August game against Eugene, Garland went give innings, giving up a single hit. He also picked up the win.

"Great tempo, great rhythm," Southern Oregon manager Grady Fuson told The Eugene Register-Guard of Garland after that game. "What few guys got on base, he shut the door on them."

Garland moved to high-A Modesto for 1991. He went 8-9 over 24 starts, with a 4.32 ERA. He returned to Modesto for most of 1992. But he also made AA Huntsville for nine outings. In a July game for Huntsville, Garland gave up one unearned run over eight innings, getting the win.