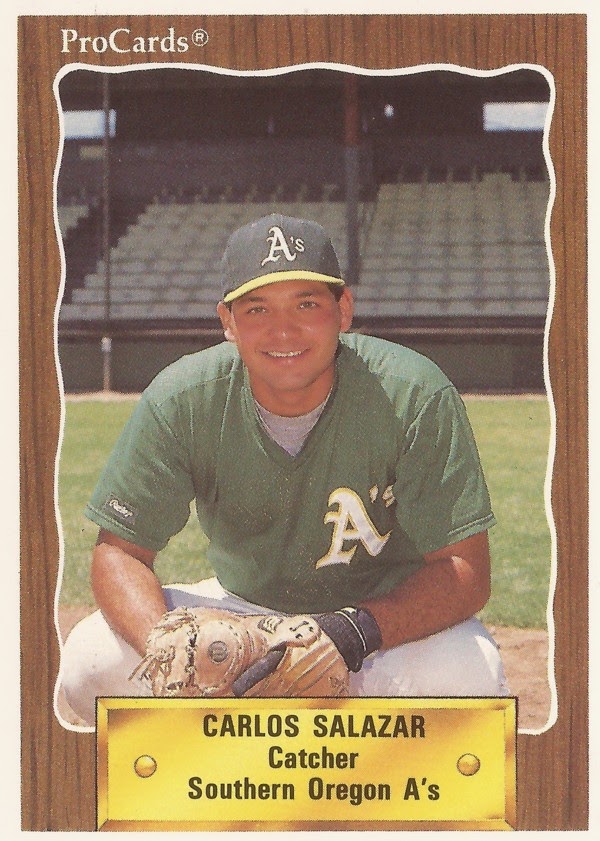 Carlos Salazar had a good season for Azusa Pacific in 1990 - he won the district triple crown.

Serving as Azusa's designated hitter, Salazar knocked a school record 20 home runs in the regular season. He also drove in 63 and hit .428, according to The Los Angeles Timers.

From there, Salazar turned pro. His pro career, though, was brief, just four seasons. He never made AA.

Salazar's pro career began in June 1990, taken by the Athletics in the 19th round out of Azusa Pacific.

At Azusa, Salazar won district NAIA Player of the Year honors, according to his ProCards card. Over his four-year college career, he hit 68 home runs.

With the Athletics, Salazar started at short-season Southern Oregon. He got into 57 games there, hitting .273. He also hit just one home run.