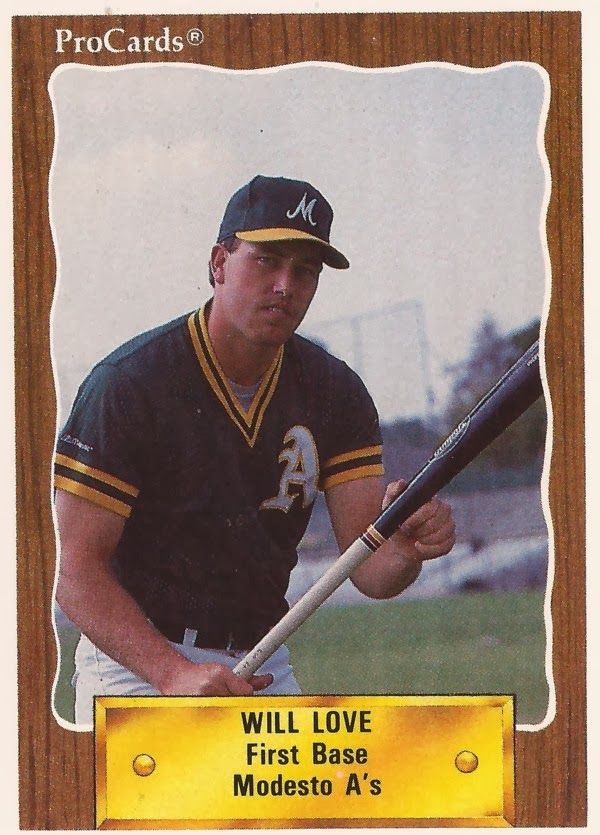 The Madison Muskies and Beloit Brewers were scheduled for a double header this day in August 1989.

Will Love helped them end the first game early.

In a game where Love went 3 for 4, Love hit a third-inning grand slam to help put the Muskies ahead 6-1. It was a game in which Madison went on to win 8-2, according to The Madison Capital Times.

Love was in his second season as a pro that year. He went on to get in three more. Along the way, Love tried his hand at being both a position player and a pitcher. He never made AA.

Love's career began in 1988, taken by the Athletics in the 19th round of the draft, out of Lassen College in California. Love is sometimes referred to by his full name, William Love.

With the Athletics, Love started in the rookie Gulf Coast League. In the GCL, Love was credited with hitting .327 over 50 games. He was also credited with time on the mound. He got 11 outings, four starts, going 4-1.

After that, Love exclusively pitched. He got 37 outings, two starts for single-A Modesto. He had a 4.90 ERA, picking up two saves. Loved returned to Modesto for 1991, getting another 24 relief outings, and a 5.18 ERA. It was his final year in the Oakland system.