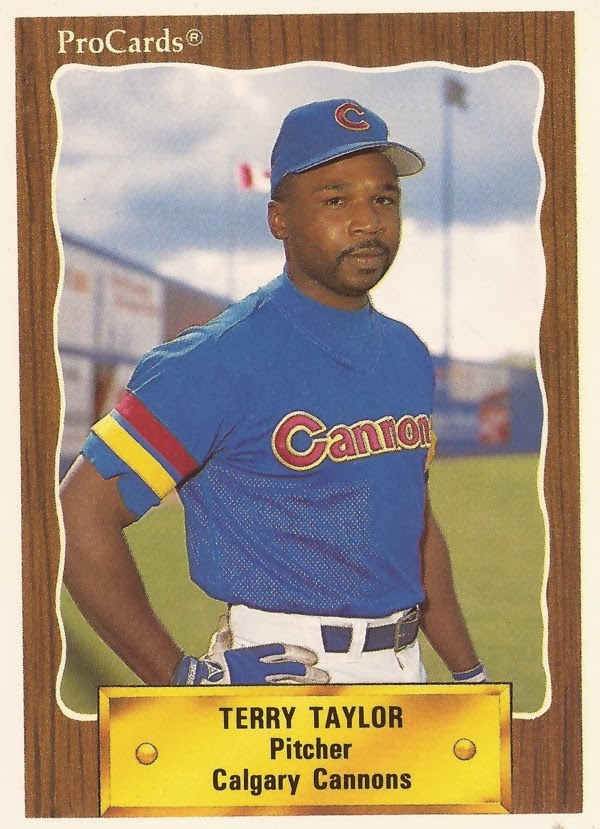 He took advantage by hitting a grand slam.

"With the bases loaded, I'm just trying to keep the ball in the middle of the field so we can score some runs," Tartabull told The Associated Press afterward. "When a pitcher makes a mistake though, I'll hit it out."

While this Sept. 20 outing was just his fifth, in a professional career that lasted a decade, Taylor ended up making that mistake in a big league game that turned out to be his last.

Taylor made it to that point in his seventh season as a pro. Taylor turned pro in 1982, taken by the Mariners in the fourth round of the draft, out of Crestview High School in Florida.

He started at short-season Bellingham, going 6-4 in 14 starts. Taylor moved to single-A Wausau in 1983 and then single-A Salinas in 1984.

In spring 1987, Taylor got some playing time for the Mariners, giving up a home run to Andre Dawson. Starting the year, Taylor got his first look at AAA, at Calgary. In 23 starts, Taylor went 10-3.

Taylor returned for spring 1989, but arthroscopic surgery on his shoulder delayed his season until July. He ended up getting just 10 starts that year, none in Seattle.

Taylor played just two more seasons. He played 1990 back at Calgary, going 0-7 in 25 outings. With the Royals at AA Memphis in 1991, Taylor got just six final starts, ending his career without returning to the majors.

In 2012, Taylor returned to his old high school, to be inducted into the Crestview Hall of Fame.