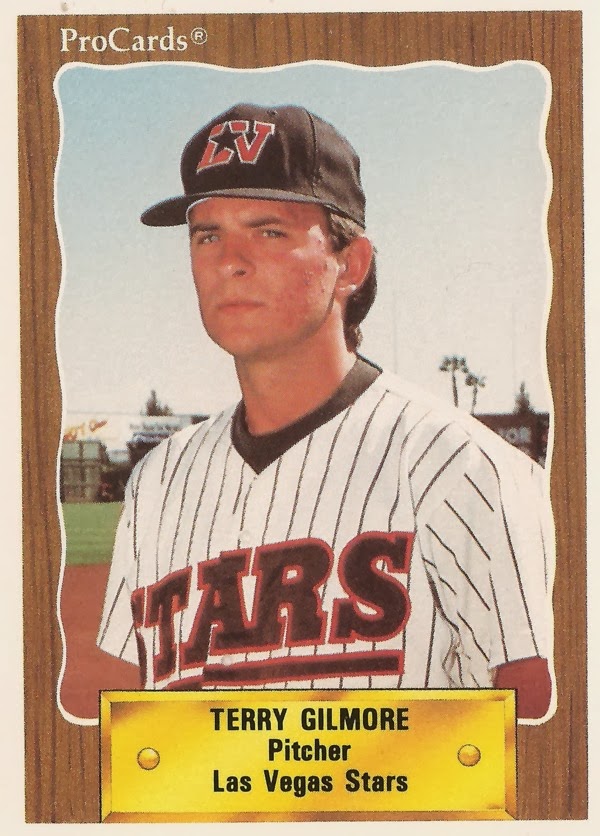 Terry Gilmore started slow in that August 1987 game, but he still picked up the win.

For short-season Spokane, Gilmore ended up retiring 13-straight at one point, and striking out 12, The Spokane Chronicle wrote.

But, while Gilmore found his grove that year, and into AAA, Gilmore never found his groove enough to make the majors.

Gilmore's career began that year in 1987, taken by the Padres in the 20th round out of Florida Southern College.

Gilmore's start at Spokane mirrored a season he had at Florida Southern. In 1985, Gilmore went 11-0. Gilmore had a similar start in 1986. In late February, the 2-0 Gilmore got a no-decision after rain meant he couldn't control his split-finger fastball, The Miami News wrote.

"The split-finger fastball is his bread-and-butter pitch," Florida Southern coach Chuck Anderson told The News of Gilmore. "He couldn't use it, so he wasn't half the pitcher he can be."