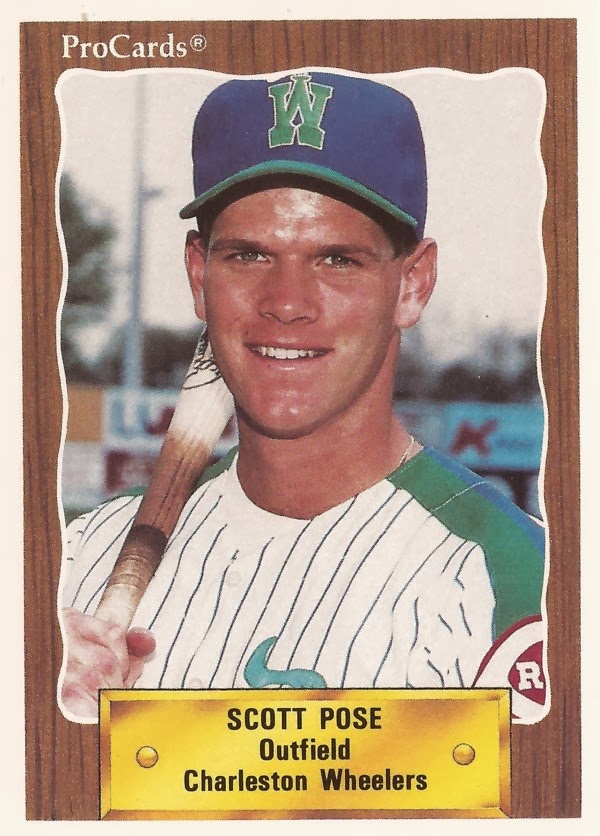 Scott Pose made his major league debut four years earlier, serving as the very first batter of the Florida Marlins franchise - and providing the debut game-saver.

But, after appearing in 14 more games with the Marlins that year, he didn't get back to the majors for another four seasons, getting back with the Yankees in 1997. He also made the most of his return, knocking in two crucial runs in his first start back.

"I've been waiting a long time for this," Pose told The New York Times after that May 1997 win. "There are times when I didn't think I'd get there. I persevered. I knew it would come."

Pose's career began in 1989, taken by the Reds in the 34th round of the draft, out of the University of Arkansas.

Pose played 1992 back at Chattanooga, his average hitting .342 on the year. He also hit well enough for another team to take notice, the Marlins. That December, Marlins took him in the Rule 5 draft.

Going into spring 1993, Pose had to earn a spot on the Florida roster and he did. He hit .382 on the spring, the best on the new team.

Pose not only made the team, but was placed at the top of the order in the Marlins' first-ever lineup. Pose was even caught by surprise, he told The South Florida Sun Sentinel.

"When I heard that ovation, I checked behind me," Pose told The Sun-Sentinel afterward of his catch. "I didn't realize it was for me at first."

Pose, though, got into just 15 total games for the Marlins that year, getting just eight hits in 41 at bats.

By the start of the 1994 season, Pose was with the Brewers, signing as a free agent. He played the season at AAA New Orleans. He played 1995 between the Dodgers and Twins systems, both at AAA, then 1996 with the Blue Jays at Syracuse.

With the Yankees in 1997, Pose returned to the majors. He got into 54 games in all, hitting .218. In mid-June, returning to Florida with the visiting team, Pose told The Sun-Sentinel he knew his slot on the roster was tenuous.

"I'm as day to day as you can get," Pose told The Sun-Sentinel. "As long as there's a uniform in my locker, I'll put it on and be ready to play."