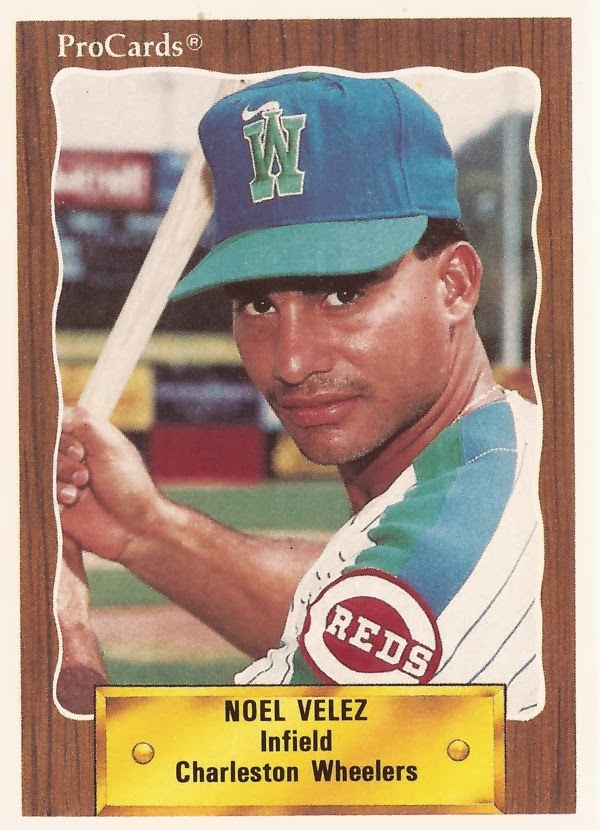 Noel Velez was trying to record the out - and hold the runner at second in this April 1990 contest at Sumter.

The Charleston third baseman, however, could do neither. A poor throw allowed the hitter to reach base. It also allowed the runner on second to come around with the tying run, according to The Sumter Item.

Velez was in his second professional season that year in the Reds organization. He only got one more.

Velez' career began in 1989, taken by the Reds in the 15th round of the draft, out of Alcides Siguera High School in Puerto Rico.

Within a few days, Velez signed and he was a Red. He was also assigned to the Gulf Coast League. In the GCL, Velez got into 51 games, mostly at third. He hit .260 with two home runs.