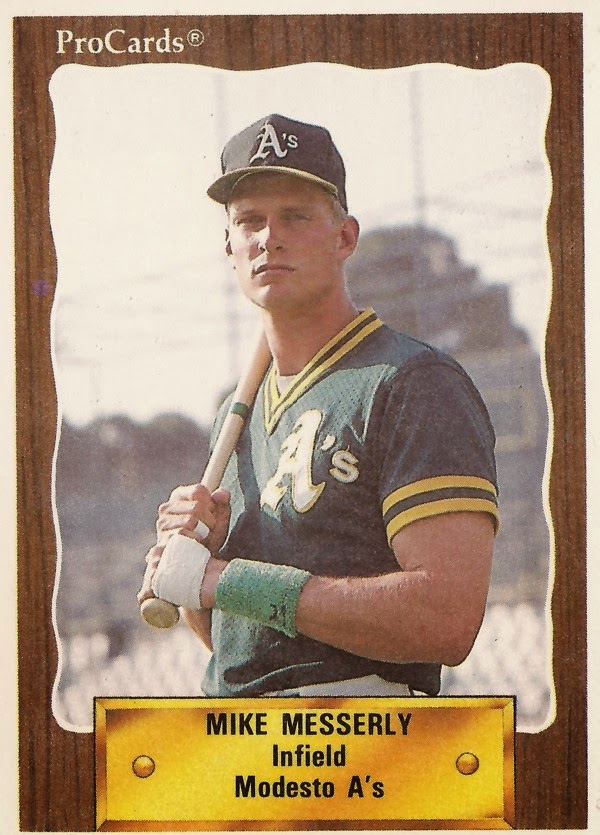 Smyrna High School golf coach Mike Messerly knew early on that one of his players, Zach Haynes, was going to be good, he told The Murfreesboro Daily News Journal in August 2013.

"He's played No. 1 for four years," Messerly told The Daily News. "I watched him hit about three balls in the tryout  and knew he was probably going to be playing No. 1 for us the following year."

Messerly once hit balls himself, baseballs. Messerly hit baseballs professionally for four seasons, from 1988 to 1991. He never made it above AA.

Messerly's short baseball career began in 1988, taken by the Athletics in the 13th round of the draft, out of Middle Tennessee State University.

At Middle Tennessee, Messerly knocked a game-tying triple and then came in with the go-ahead run in an April 1987 contest. He won all-conference honors in 1988.

Messerly also still has a home in the Middle Tennessee record book. He's tied for fourth and fifth in single-season home runs and RBI respectively. He hit 19 home runs and knocking in 71 runs in 1988. Eight of those RBIs came in the same game, April 3, 1988.

With the Athletics, Messerly played his first year at short-season Southern Oregon. He hit .241, with six home runs. He played 1989 at single-A Madison. He went 1 for 3 in a June game, scoring a run.