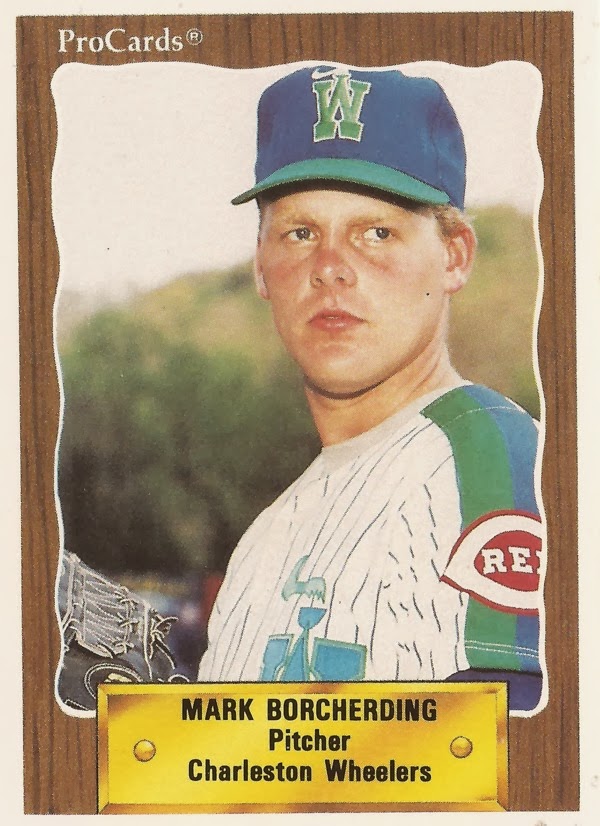 Mark Borcherding was one of the better pitchers to come through Lewis and Clark Community College, his coach Scott Posey told The Alton Telegraph in 1987.

He also had the potential to take the next step, Posey told The Telegraph.

"He needs to increase his velocity if he wants to play pro baseball," Posey told The Telegraph. "But the potential is there. I think a guy like him who has a 82 mph fast ball that moves is going to be tough on people."

Borcherding's career began that year in 1989, taken by the Reds in the 22nd round of the draft out of Bradley University. He moved on to Bradley from Lewis and Clark.

With the Reds, Borcherding started at rookie Billings. In 13 starts, he went 4-4, with a 3.97 ERA. He held Salt Lake scoreless into the fifth in a July game.

He split time in 1990 between single-A Cedar Rapids and single-A Charleston. At Charleston, he got into six relief outings, picking up four losses.

At Cedar Rapids, though, he pitched better. In 21 outings, nine starts, he had a 1.45 ERA. He also picked up three saves. He picked up a seven-inning win in a July game.

For 1991, Borcherding returned to Cedar Rapids. In 26 games, 21 starts, he posted a 4.40 ERA and a 9-6 record. He also made the Midwest League All-Star team. But was his final season with the Reds.