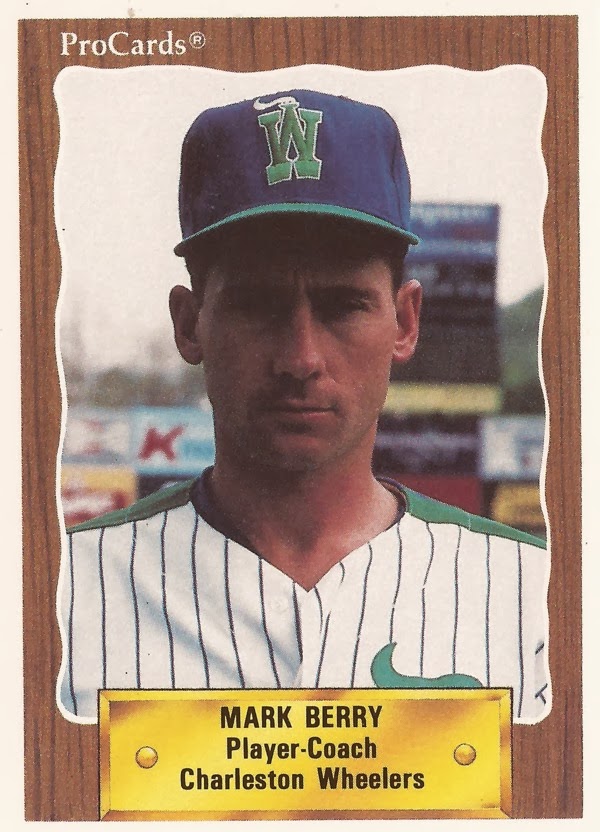 Mark Berry capped off his second decade in the game in 2003 with a promotion to the Cincinnati third base coach slot.

He became the Reds' third base coach after serving as the major league bullpen catcher, a minor league manager and minor league player - all for the same organization, the Reds.

"I look back now and I'm so glad that I was drafted by the Reds," Berry told The Cincinnati Enquirer that August. "They taught you the right way to do things."

Ten years later, Berry capped off another decade in the game - another one spent with the Reds - by returning to the coaching box, after a battle with cancer.

Berry's long career in baseball began in 1984, taken by the Reds in the sixth round of the draft, out of the University of Arkansas.

He started at rookie Billings, moving to single-A Cedar Rapids for 1985. The catcher made AA Vermont and AAA Nashville for 1987. Between AA and AAA, Berry hit .261, with three home runs.

Berry started coaching in 1990, at single-A Charleston. He served as a player-coach. He took his first managerial job in 1992 at Cedar Rapids.

In 1994, as skipper of single-A Winston-Salem, Berry watched one of his players, Micah Franklin, hit 20 home runs in 41 games. It was Berry who suggested Franklin hit for more power, The Fredericksburg Free Lance-Star wrote.

"When a guy's going like he is, I just shut up and write his name on the lineup card behind 4 (cleanup)," Berry told The Free Lance-Star that May.

Berry moved up to AA Chattanooga as manager in 1996. Then, in 1999, he moved up to Cincinnati as bullpen catcher.

After being promoted to third base coach in mid-2003, Berry stayed in that role through 2013. In spring 2013, Berry announced he had cancer on his tonsil and two lymph nodes. He took a leave for treatment and returned to coaching in July.

Then, in September, Berry learned he was cancer-free. Berry, though, declined to return to his coaching role in 2014.

"I was very pleased. Great news," Berry told MLB.com after getting the cancer-free news, and after a Reds victory. "I won't forget this day. And a nice win to top it off."